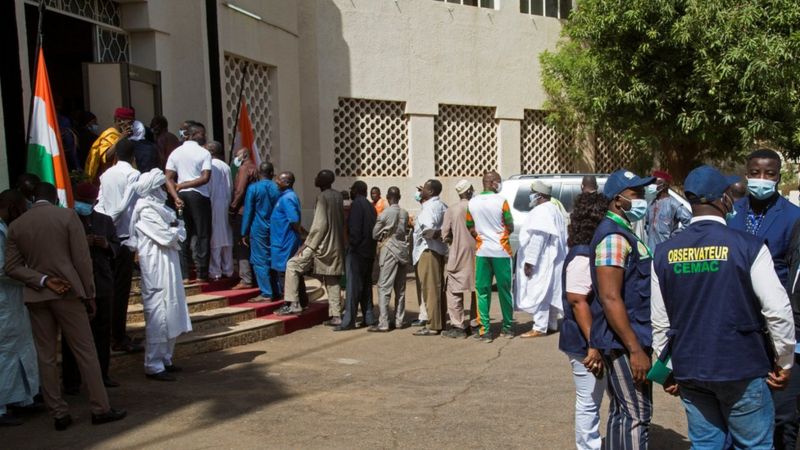 Seven members of the electoral commission in Niger have been killed in a landmine explosion.

The team’s car drove over an improvised explosive device in the Tillaberi region in the country’s south-west.

It is not known whether the vehicle was deliberately targeted.

Nigeriens were voting on Sunday in the second round of the presidential election that will see the first democratic transition of power since independence from France in 1960.

Another three workers were injured in the incident.

“[The officials] were leaving to drop off the ballot boxes and the members of the polling station,” Harouna Mounkaila, a local electoral commission official, told Reuters news agency.

Niger country profile
The governing party’s Mohamed Bazoum, a former foreign and interior minister, secured 40% of the vote in the first round.

He is viewed as the favourite to win.

His rival is a former president, Mahamane Ousmane, who got 17% in the first round, and is being backed by several minor parties.

Niger is one of the poorest countries in the world and is facing a security threat from Islamist militants in the Sahel.