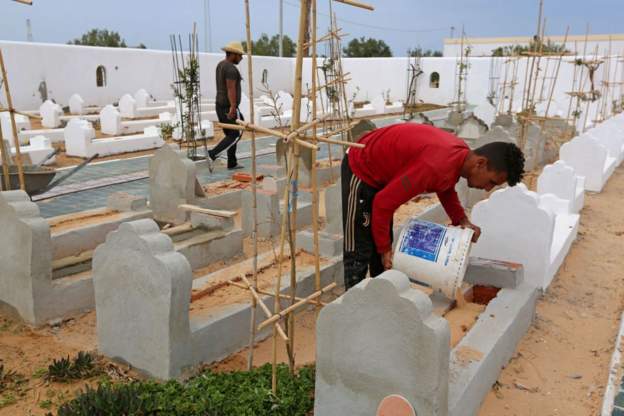 A cemetery for migrants who drown in the Mediterranean while trying to reach Europe has been formally opened in the southern Tunisian town of Zarzis.

It is already half full.

Speaking at the inauguration ceremony, a UN representative spoke of an “unfolding tragedy”.

She paid tribute to what she called the “castaways who perished in pursuit of a better life”.

Many buried at the site were unidentified, and have no name on their headstones.

They lie in graves surrounded by olive trees, vines and sculptures.

The Algerian artist who designed the cemetery said he wanted to give those who were brought there a “first taste of paradise”.