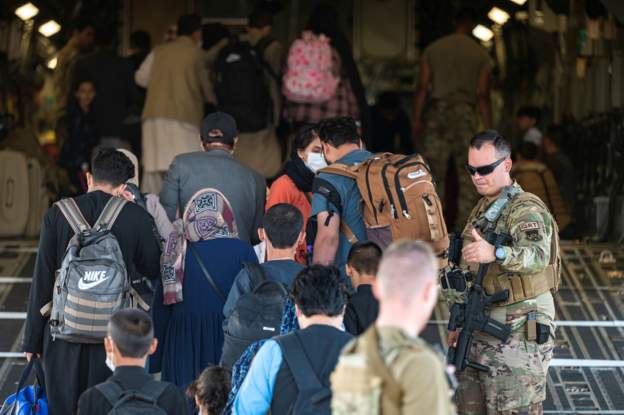 The group landed at Entebbe International Airport aboard a private chartered flight on Wednesday morning, Uganda’s foreign ministry said in a statement.

The ministry says the group is transiting through Uganda and will move on to the US and other countries.

It is not clear for how long they will be hosted in Uganda.

The evacuees include men, women and children who have undergone Covid-19 testing and will go under quarantine, the statement says.

The evacuation followed the American government’s request to Uganda, to take in some of the people fleeing the crisis in Afghanistan since the Taliban takeover.

Last week, a Ugandan junior government official told the BBC that Uganda was to take in 2,000 Afghan refugees at the request of the US government.

But several senior officials later said discussions on the issue were still underway.

Uganda hosts over one million refugees who have fled several conflicts and other disasters across eastern Africa.