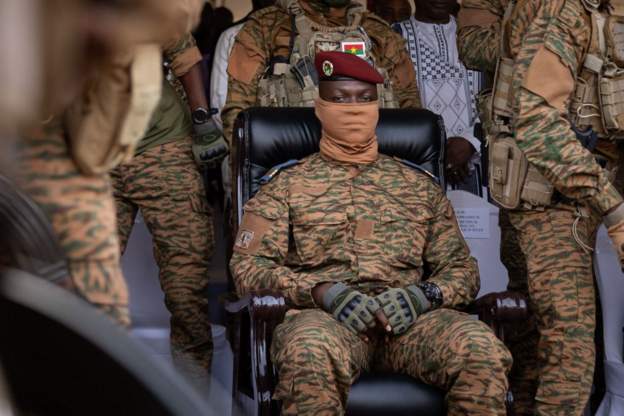 The new cabinet will run the country until civilian rule is restored in July 2024.

It will be led by Prime Minister Apollinaire Joachim Kyelem de Tembela, a 64-year-old lawyer who was appointed to the post on Friday.

The new cabinet is composed of five ministers from the former cabinet of Lieutenant Colonel Paul-Henri Sandaogo Damiba – the coup leader overthrown in a subsequent coup in September.

The new cabinet includes five women. Olivia Ragnagbnewendé Rouamba remains Foreign Affairs Minister. She had earlier led negotiations with regional bloc, Ecowas, on the timetable and deadline for the transition to civilian rule.

A charter providing for a government of no more than 25 ministers and a 71-member assembly was adopted on 14 October.

It stated that the transitional president’s term will end with the holding of a presidential election in July 2024.