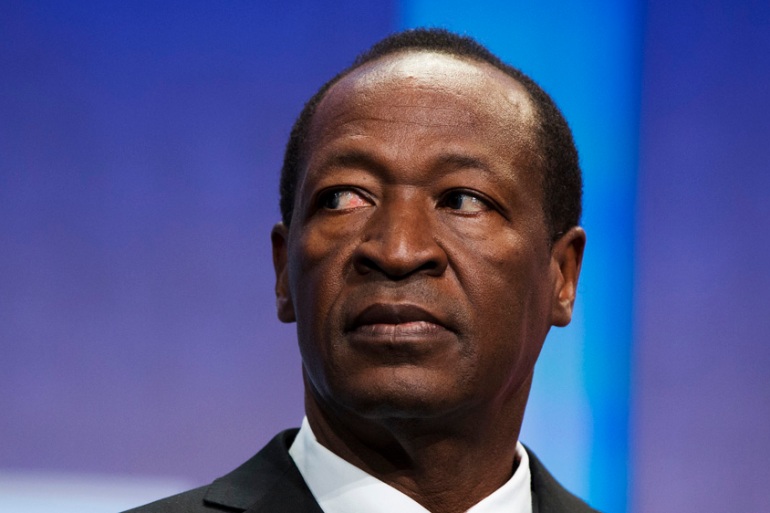 Burkina Faso’s ex-President Blaise Compaore has returned from exile almost eight years after he was toppled in an uprising, to meet interim President Paul-Henri Damiba and other former leaders.

Compaore, 71, returned home on Thursday despite being convicted in absentia in April to life in prison for complicity in the murder of his predecessor Thomas Sankara.

Lawyers for Sankara’s family have demanded that Compaore be arrested on arrival, although Burkinabe media have speculated in recent days that he could be granted a pardon.

Ivory Coast, where he took refuge in 2014, has repeatedly refused to extradite him and said it had agreed to his return with Burkinabe authorities.

Compaore’s plane landed in the capital Ouagadougou on Thursday afternoon, after which a helicopter took off towards the presidential palace, a Reuters reporter at the airport said.

Burkina Faso’s leader Damiba, who took power in a January coup, has invited Compaore and other ex-presidents to take part in a reconciliation summit on Friday amid rising insecurity linked to al-Qaeda and ISIS-affiliated armed groups in the north.

Compaore, who ruled Burkina Faso for 27 years, fled to Ivory Coast during a 2014 uprising sparked by his efforts to change the constitution to allow himself to remain in power.


In April, he was handed a life sentence for his role in the 1987 murder of Marxist revolutionary Sankara.