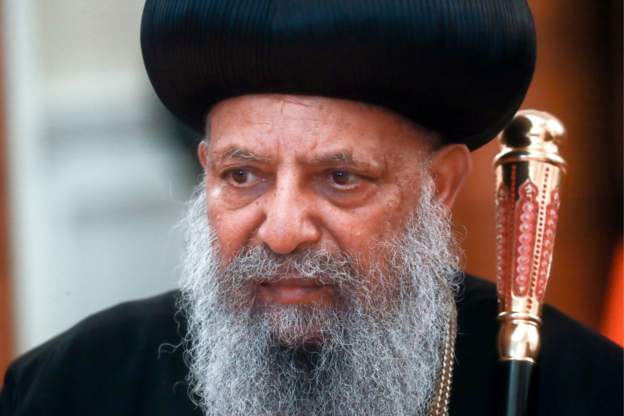 The powerful head of Ethiopia’s Orthodox Church has accused the government of committing genocide against the Tigrayan people.

In his first public comments since the war began in Tigray six months ago, Patriarch Abune Mathias said the government was working day and night to destroy the region.

“God will judge everything,” he said. “I don’t know why they want to wipe the people of Tigray off the face of the earth.”

Ethiopia’s federal authorities have denied genocide and insist they are targeting Tigray’s regional leadership, not civilians.

The patriarch, himself a Tigrayan, said his earlier attempts to speak out had been censored. He was speaking from his home in the capital, Addis Ababa.

He lamented the desecration of ancient Orthodox monasteries and said massacres had been carried out on church grounds.

His comments were made in a video that was reportedly recorded last month before being smuggled out of Ethiopia by Dennis Wadley, who runs the US-based organisation Bridges of Hope.

“He shared with me that he was under unofficial house arrest,” Mr Wadley told BBC Newshour on Saturday.

“I said if you want to get your message out I can record it and I will take it… So, with about 10 seconds of thought, he just sat quietly and he said ‘I’m ready’ – and I hit record.

“What has been released to the world was not written down.. it was just the honest thoughts from his own soul.”

The Ethiopian government told the BBC that the patriarch’s statement was “a Church matter” in which “the state does not intervene”.