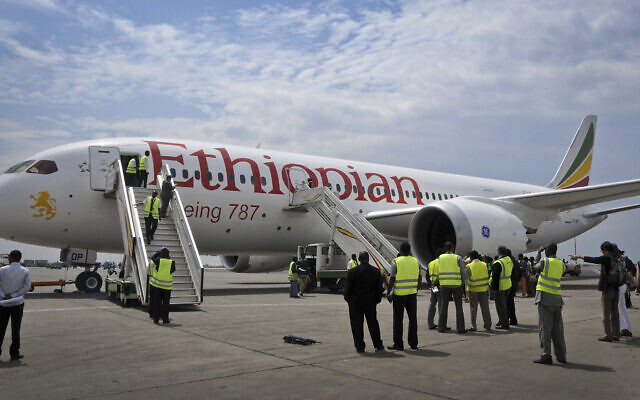 Africa’s biggest carrier Ethiopian Airlines said it has suspended two pilots who reportedly fell asleep and missed their landing during a flight from Khartoum to Addis Ababa.
The plane overshot the runway at Bole International Airport in the Ethiopian capital on Monday before landing safely, according to flight-tracking website FlightAware.
Independent website The Aviation Herald said the pilots fell asleep during the flight and were only woken up by an alarm triggered when autopilot mode disconnected.
The plane circled back to land 25 minutes later, flight data showed.
Ethiopian Airlines said on Friday that flight ET343 had temporarily lost communication with air traffic control but landed safely after it was restored.
“The concerned crew have been removed from operation pending further investigation,” the airline said in a statement without saying if the pilots had been asleep.