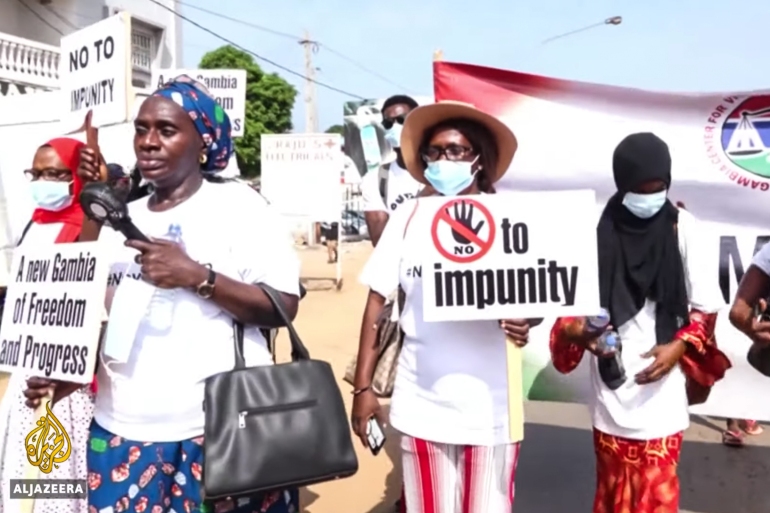 A Gambian court has sentenced former intelligence chief Yankuba Badji and four other members of the intelligence service to death for the killing of a political activist Ebrima Solo Sandeng during the rule of former strongman Yahya Jammeh.

The ruling was given on Wednesday.


The country has observed a moratorium on the death penalty since 2018, so the sentences handed down by Gambia’s high court will be converted to life imprisonment.

Badji was found guilty of the killing of Sandeng, an important figure in the opposition United Democratic Party.

The deceased was arrested by state security after leading a peaceful opposition march for political reform in April 2016.

Sandeng died two days later in detention and was buried in an unmarked grave, witnesses said, resulting in anger among Gambians who voted Jammeh out eight months later.


The other four agents found guilty of the same charges as Badji and sentenced to death were the agency’s former operations chief Sheikh Omar Jeng, officials Baboucarr Sallah, Lamin Darboe and Tamba Mansary.

Jammeh ruled The Gambia for 22 years and was widely accused of human rights violations, including torture and arbitrary arrests.

He fled the country in 2017 to Equatorial Guinea and remains in exile.

His successor Adama Barrow’s government has said it will prosecute Jammeh and others for killings, rapes and other crimes committed during his 1994 to 2017 rule in line with recommendations by a truth and reconciliation commission last year.