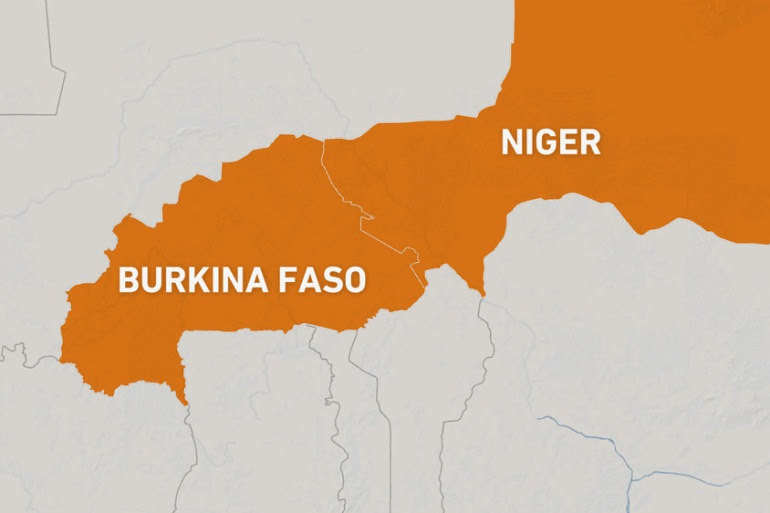 French drone strikes have killed nearly 40 fighters earlier travelling on motorcycles near Niger’s border with Burkina Faso, France’s military said on Thursday.
In a statement, the French military called the strikes a “new tactical success” for France’s counterterrorism efforts in Africa’s Sahel region, named Operation Barkhane.
“Intelligence obtained from Nigerien units in contact with the column confirmed that the motorcycles belonged to an armed terrorist group moving between Burkina Faso and Niger,” Barkhane said in the statement.
“In close coordination with Niger’s Armed Forces, the Barkhane force conducted several strikes against the column. Nearly 40 terrorists were neutralised.”
Niger’s government also issued a statement saying the fighters were killed after an attack earlier this week killed eight security forces in southwestern Niger.

The drone strikes in Niger come as France reorganises its military efforts in the broader Sahel region, the vast area south of the Sahara Desert where it was once a colonial power and still maintains strong economic ties.
Niger has become a more reliable ally after military coups overthrew the democratically elected presidents of neighbouring Mali and Burkina Faso over the last two years.
“Our military commitment in the Sahel-Sahara area to fight terrorism, along our African partners is total,” Defence Minister Sebastien Lecornu said on Twitter.
Earlier this year, France announced it was withdrawing all its forces from Mali nine years after the French military led an effort that ousted armed groups from Timbuktu and other centres in northern Mali.
The decision to withdraw from Mali came amid increasing hostility towards the French armed presence and tensions with the country’s leader, who led two coups nine months apart to consolidate his power.
France has said it planned to reposition its forces from Mali to other countries in the Sahel region including Niger. Violence is growing in the Sahel, including in Niger’s southwest neighbour, Burkina Faso, which is battling growing armed-group attacks.
SOURCE: NEWS AGENCIES