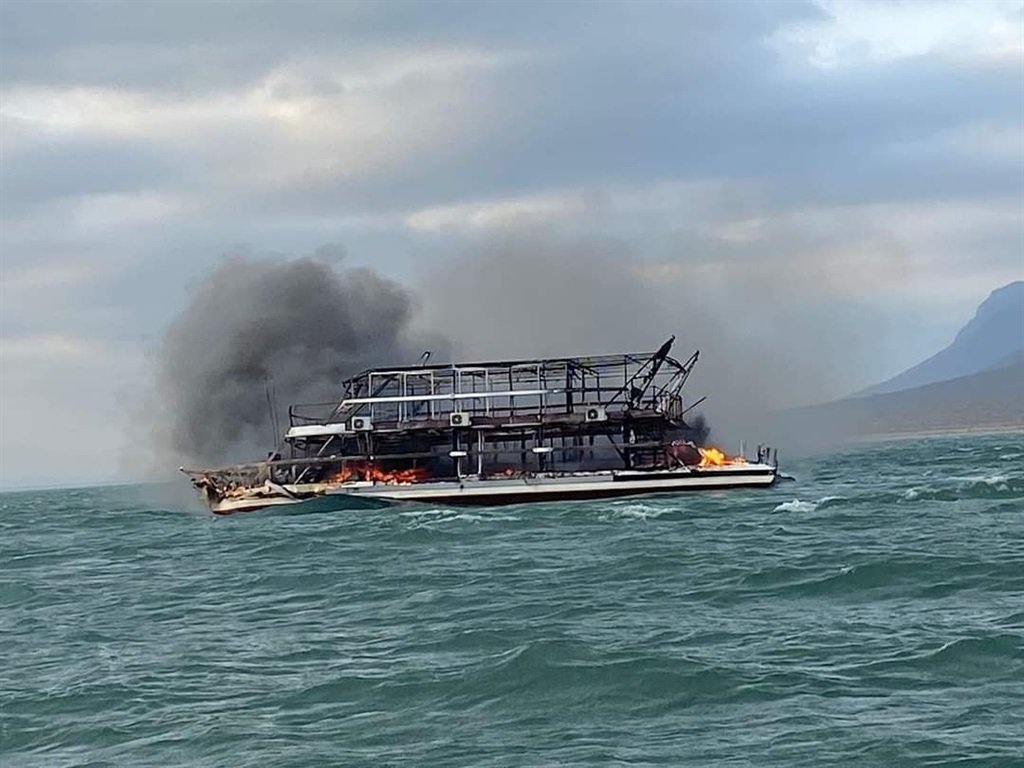 A German tourist and a crew member have died after a luxury houseboat caught fire on a dam in South Africa’s KwaZulu-Natal province, local media report.

Five passengers and four crew were on the boat when it caught fire on the Jozini Dam on Saturday.

“They all jumped into the water and unfortunately three drowned, two bodies were recovered in the dam,” a police spokesman was quoted by the IOL news site as saying.

A search is still under way for the missing crew member.

The South African Maritime Safety Authority (Samsa) said it was investigating the cause of the blaze.

The boat was reportedly on a two-night cruise when it caught fire, Samsa said.

Its burnt-out wreckage was towed to the docking site on Monday, IOL reported.

A photo of the burning houseboat has been posted on Facebook: