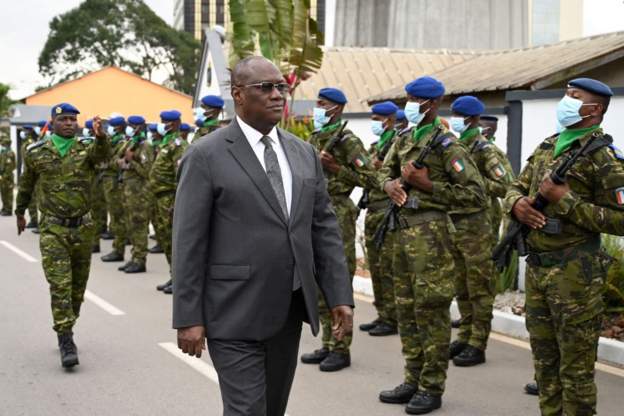 Ivory Coast’s Minister of defence Tene Birahima Ouattara receives military honors as he arrives to meet with the relatives of the 49 Ivorian soldiers detained in Mali, in Abidjan on August 3, 2022.

The soldiers were arrested on arrival at Bamako airport.

The Ivory Coast authorities have denied the accusation of mercenary activity and have been calling for their release.

Despite mediation efforts, the dispute has not been resolved.

Now judicial sources in Mali have told the French news agency that the 49 Ivorian soldiers were charged with attempting to harm state security.

To many observers this appears to be a sign of Mali’s somewhat troubled international relations.

Apart from forging close links with Moscow, the military rulers in Bamako have fallen out with several European nations including France.

Relations in the West African region have also been strained.

The coup leaders in Mali are reported to be angry that Ivory Coast had been pushing for tougher economic sanctions to be imposed in order to speed up the transition to elections.