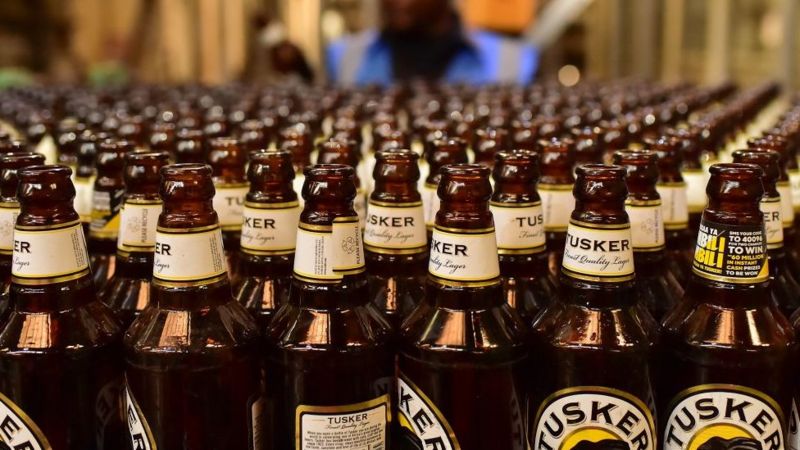 Kenyans have not been able to drink in pubs since March
Pubs in Kenya will reopen on Tuesday, six months after they were shut to curb the spread of coronavirus.
Trading hours, however, have been restricted and bars will have to close by 22:00.
The announcement was made by President Uhuru Kenyatta as he addressed the nation on the government’s latest initiatives to tackle the pandemic.
But against expectation the president did not reopen schools, saying pupil safety had to be guaranteed.
Mr Kenyatta has extended a night-time curfew for a further 60 days, but said it would start two hours later – now lasting from 23:00 to 04:00.

There has been a steady decline in coronavirus cases in recent weeks with 53 being recorded on Monday, reports the BBC’s Ferdinand Omondi. This relaxation of some of the restrictions can be seen as a result of that change.
But the president had a warning, saying the country was “the most vulnerable and fragile at the moment where we think we have won”.
“If we have won one battle against Covid-19, we have not yet won the war,” he added.
Chicks are seen in a classroom converted into a poultry house

The owners of some private schools have turned to alternative sources of income such as raising chickens
Schools were shut in March as part of a raft of lockdown measures. It was later announced that the school year would be written off and children would only return as the start of 2021.
But an order by the ministry of education for teachers to report to work on Monday led some to believe that the school year was about to restart.
The closure has meant that many private schools have struggled to survive without an income from pupil fees, which has led them to try to find alternative sources of income.

Six months ago, the government reacted swiftly to the arrival of coronavirus and introduced a curfew. It also restricted travel in some parts of the country and encouraged people to work from home.
Pubs were closed in March, but restaurants were still allowed to serve alcohol until that was banned in July.
Kenya has recorded just over 38,000 coronavirus cases. Nine deaths were reported on Monday, pushing the number of fatalities to above 700.