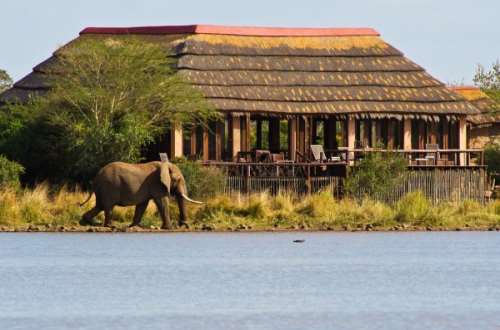 Following a failed kidnapping attempt on the edge of South Africa’s famous Kruger National Park, the head of the park’s administration has issued an urgent warning to visitors to the wildlife paradise.

The warning was prompted by an incident this week in which a mother and her two children were attacked on their way back from a visit to the park near Numbi Gate.


As they slowed down on the highway near a taxi stand, men approached the car from both sides. As the woman had the presence of mind to accelerate, the unknown men tried to puncture the car’s tyres with gunshots. One of the bullets hit her daughter in the arm.

The police search for the perpetrators has been unsuccessful so far.

“Acting SANParks CEO Dumisani Dlamini … advised guests to be extra vigilant when travelling through crime hotspots outside of the national parks, as the risk of opportunistic crime is higher in such areas,” a statement from the South African National Parks (SANParks) said late Wednesday.

The park administration called on the security authorities to intensify controls in the region and also, appealed to the population to protect tourists in the region.

According to police statistics, the number of kidnapping cases in South Africa has increased sharply, especially in the coronavirus pandemic.

The most recent case was an 11-year-old girl, who was abducted outside her school in Johannesburg’s Mayfair district in November. She was found alive in a park on Wednesday, police said, without giving further details about a possible ransom payment.