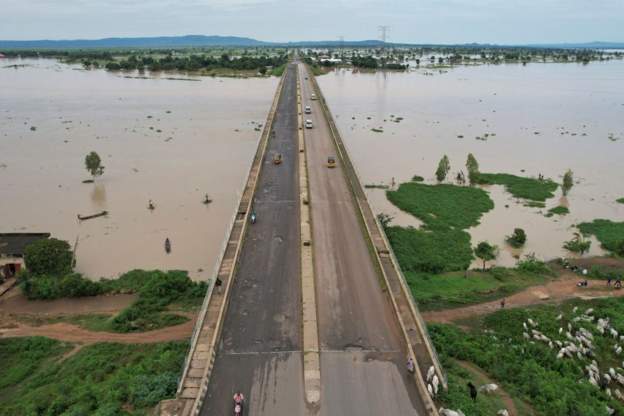 The authorities in Nigeria say the number of people killed by floods ravaging the country in recent weeks has risen to more than 500.

More than 1,500 others have been wounded while 1.4 million are displaced.

Since the end of July, the West African country has been grappling with a wave of flooding affecting 31 of its 36 states including the capital Abuja.

The floods are caused by heavy rains and release of excess waters from dams within Nigeria and a major dam in neighbouring Cameroon by the authorities.

Experts also partly blame the flooding on the impact of climate change.

The country is hit by floods every year. But this year’s disaster is the worst in more than a decade.

Giving an update on the situation at a press conference on Tuesday, the permanent secretary of the ministry of humanitarian affairs, Nasir Sani Gwarzo, said tens of thousands of houses and large swathes of farmland have been destroyed.

The Nigerian authorities are warning that states in the central and southern parts of the country are likely to experience more floods in the coming weeks.

The level of destruction and displacement by the floods has raised fears of food shortages in Africa’s most populous country.