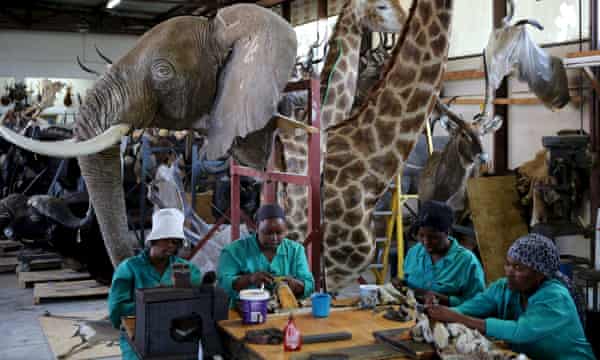 The Mozambican authorities say they have detained five people after finding them with wild animal trophies.

The suspects had ivory tusks, lion teeth, leopard skin and a pangolin’s skeleton.

They were arrested in Tete near the border with Malawi.

The suspects said all the trophies were bought from poachers in Cahora-Bassa and Mágoè districts and they planned to sell them in the provincial capital of Tete.

Police spokesperson Celina Roque said inspectors from the conservation unit had information about the suspects which they shared with the criminal unit leading to the arrests.

Police say the wild animals were slaughtered inside the Mágoè National Park in Tete province.