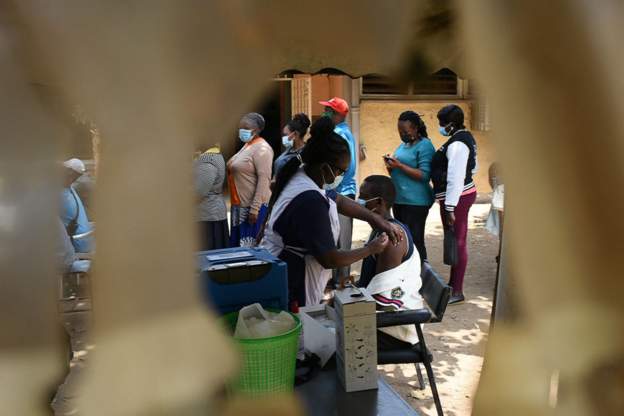 Europe’s medicines regulator has added the nerve-damaging disorder, Guillain-Barré Syndrome, as a possible side-effect of AstraZeneca’s Covid-19 vaccine, which is widely used in Africa.
The European Medicines Agency said a causal relationship between GBS and the jab was “at least a reasonable possibility”.

But the EMA said the side-effect was very rare, saying there has been fewer than one case in 10,000 people.

The EMA stressed that the vaccine’s benefits outweighed the potential risks.

In July, the EMA listed Guillain-Barre Syndrome as a “very rare” side effect of the Johnson & Johnson vaccine, which uses the same adenovirus technology as the AstraZeneca shot.

South Africa has been giving people the Johnson & Johnson vaccine.