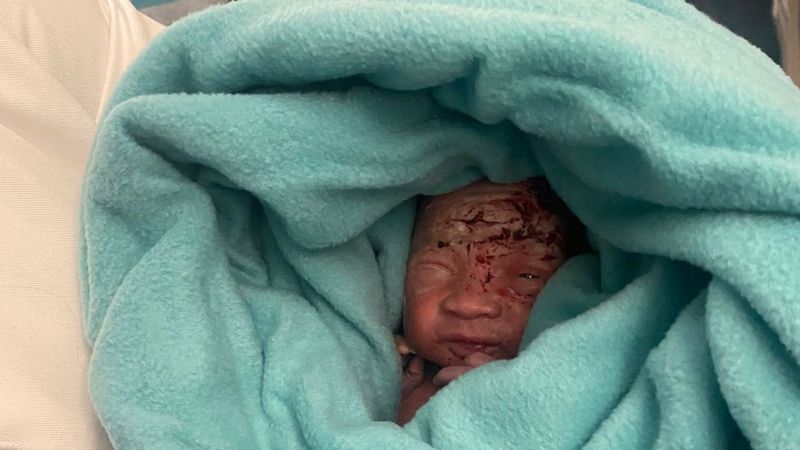 Newborn baby wrapped in a Airport staff in Mauritius have found a newborn baby boy abandoned in the rubbish bin of a plane’s toilet.

A 20-year-old woman from Madagascar, suspected of having given birth on the flight, was arrested.

Airport officers made the discovery when they screened the plane for a routine customs check.

They rushed the baby to a public hospital for treatment.

The woman suspected of being the child’s mother, who initially denied the boy was hers, was made to undergo a medical examination which confirmed that she had just given birth.

She was placed under police surveillance at the hospital.

Both she and the baby are said to be doing well.

The Malagasy woman, who arrived in Mauritius on a two-year work permit, will be questioned after her release from the hospital and charged with abandoning a newborn.