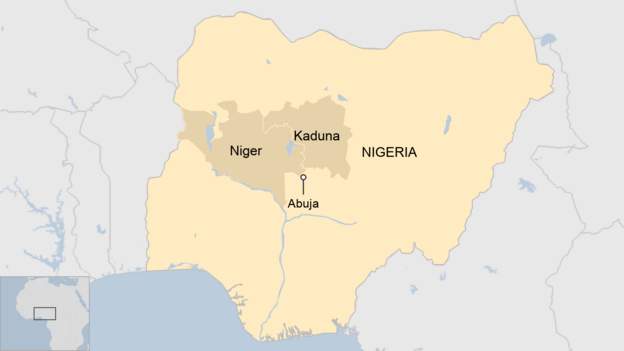 The Nigerian military says it has killed more than 30 gunmen, including the leader of a kidnapping gang, during air strikes in the north-western state of Kaduna.

The Nigerian air force said Ali Dogo, known as “Yellow”, had fled with his fighters from neighbouring Niger state following military bombardment there.

A spokesperson said the group was traced to a house which was targeted. He said other kidnapping gangs were also hit in Mando in Kaduna state.

There has been no independent confirmation of the military’s claims.

The Nigerian authorities have been struggling to stop frequent killings and kidnappings for ransom across the country – particularly in the north-west.