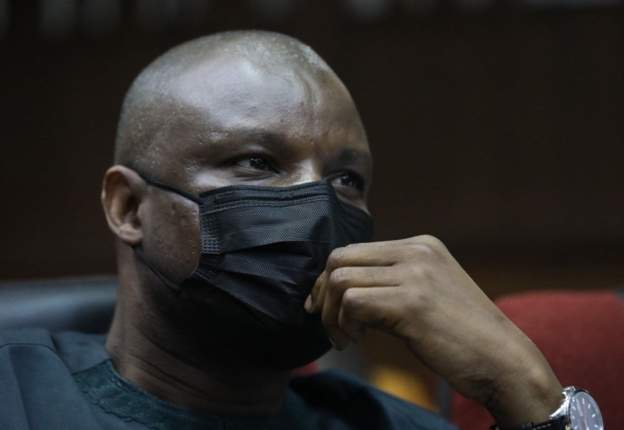 Deputy Commissioner of Police Abba Kyari has been implicated in a case of money laundering, fraud and other crimes involving a Nigerian social media influencer Ramon Abbas, alias Hushpuppi.

Hushpuppi pleaded guilty in California to money laundering and also claimed he had paid a bribe to Mr Kyari to arrest a syndicate member with whom he had fallen out.

The US authorities then declared the Nigerian police officer wanted and sought his extradition to stand trial.

But on Monday, a judge at the high court in Abuja dismissed an application by Nigerian attorney-general Abubakar Malami for Mr Kyari’s extradition.

Justice Inyang Ekwo said the request to surrender Mr Kyari to the US would not be granted because he was already standing trial for another offence in Nigeria.

Mr Kyari is being tried in a separate case in Nigeria for alleged links to drug traffickers.

The suspended police officer has denied the allegations in both cases.

Before his suspension last year due to the allegations against him, Mr Kyari headed an elite team of police officers praised for fighting violent crimes and internet fraud.