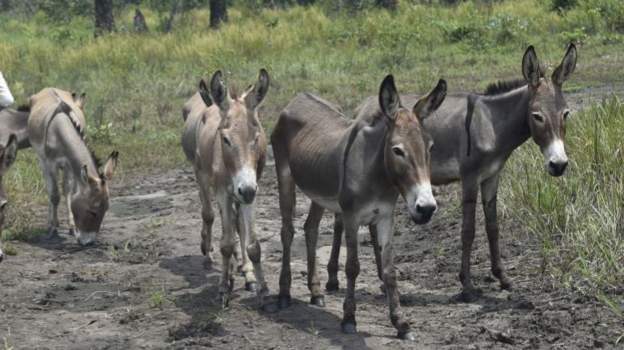 Hundreds of Nigerians held demonstrations in the capital Abuja to protest against the “illegal” slaughter of donkeys by Chinese nationals, local media report.

They said the killing of donkeys had continued despite an order by the government to stop the menace.

The civil society groups that organised the protests accused the agriculture minister of allowing foreign nationals to engage in the donkey trade.

A bill to regulate the regulate donkey business is currently being considered in parliament.

Last month, Nigeria’s customs service intercepted 7,000 donkey penises at an airport in the commercial hub, Lagos, that were headed to China.

Donkey parts are in demand in China for use in traditional medicine.