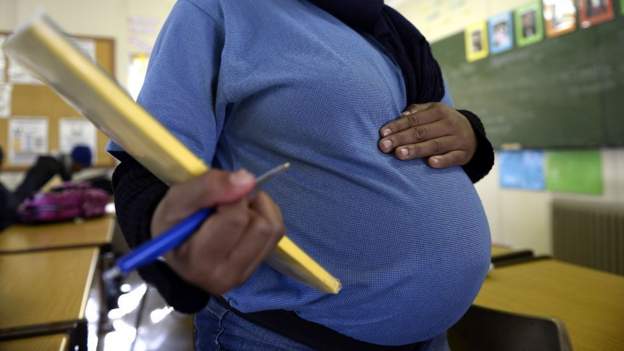 Recent data shows an alarming number of girls have given birth in South Africa’s Gauteng province – and some cases of statutory rape are now being investigated.

A total of 934 babies were delivered by girls between the ages of 10 and 14 within one year, the Gauteng health minister disclosed at the provincial parliament.

The legal age of consent in South Africa is 16.

While some of the fathers are also thought to be underage, many teenage girls in South Africa are preyed upon by older so-called “sugar daddies” – who promise them money and lavish gifts.

Teachers have also been implicated in the past, and education officials say those found guilty of statutory rape have been removed from their jobs.

Much more needs to be done to protect young girls and educate young people about consent and the consequences of sex, Refiloe Nt’sekhe, of the opposition Democratic Alliance party, told TimesLive