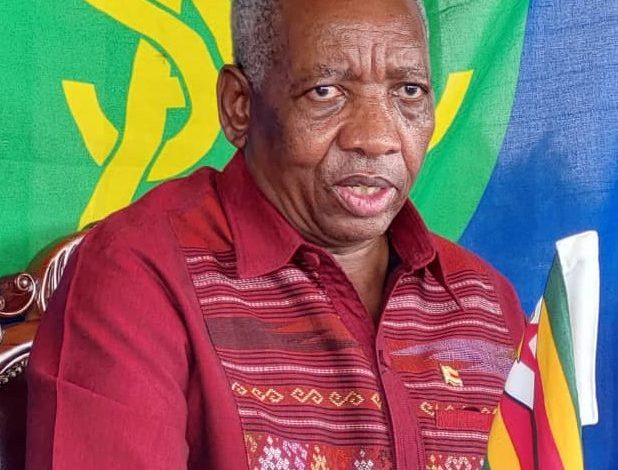 Members of the Diplomatic Corps in Ghana from the Southern African Development Community‘s (SADC), have appealed to President Akufo-Addo and the Economic Community of West African States (ECOWAS) to joins forces with them as they fight for the removal of western sanctions imposed on Zimbabwe the last 20 years.

Zimbabwe’s colonial master, the United Kingdom, together with the United States of America (USA) and the European Union (EU) imposed economic sanctions on Zimbabwe in the year 2001 for alleged election rigging and human rights abuses by the government of the late former President of Zimbabwe, Robert Mugabe.


Analysts project that the sanctions of the Western world on Zimbabwe has resulted in the country suffering an estimated USD$ 21 billion dollars’ reduction in her GDP over the 20-year period of the existence of sanctions on the Southern Africa State.

Addressing a press conference today the 3rd of November 2021 at his residence, Zimbabwe High Commissioner to Ghana, H.E. Kufa Chinoza, in the company of the South African High Commissioner to Ghana, Grace Jeanet Mason, and Angolan Ambassador to Ghana, H.E. João Ba tista Domingos Quiosa, called for the “urgent removal of all sanctions imposed on Zimbabwe”, for the good of the country, its people as well as for the good of the Region (Southern Africa).

Alena Douhan, U.N. special rapporteur, addressing journalists in Harare, Oct. 28, 2021, says the sanctions are exacerbating corruption in Zimbabwe as banks, companies and individuals banned from trading abroad simply bribe others to conduct their business for them.

“I call on all countries which imposed sanctions as well as banks and companies of third states as well as countries where these banks are registered, to behave in accordance with the rule of law, due diligence, principal, lift sanctions, make legislation which corresponds with international law and principals of human rights protection”.

“And the last point is that all the discrepancies which exist between all parties, between states, between the government and some sort of opposition leaders and any other institutions shall be settled on the basis of structural dialogue,” Douhan said.

South African High Commissioner to Ghana, Grace Jeanet Mason and Angolan Ambassador to Ghana, H.E. João Ba tista Domingos Quiosa, in their brief remarks at the Press conference, indicated that it is time for the West to lift all sanctions on Zimbabwe to give the government and people of Zimbabwe a fair change of competing in the global space and to save the lives of her peoples who are struggling as a result of the prevailing sanctions.

Several African Heads of States have called for the lifting of sanctions on Zimbabwe in order to save the nation state. Speaking during the 76th UN General Assembly held in New York City in September 2021, South African President Cyril Ramaphosa stated as follows, “we also call for the lifting of the sanctions that are crippling Zimbabwe and crippling its economy.”

Speaking on the same UN General Assembly platform, President Masisi of Botswana, indicated that “sanctions against Zimbabwe are a setback to stability in our region (SADC). On 26 October 2021, the SADC Chairperson and Malawian President, Dr Lazrous Chakwera, added his voice in calling for the unconditional and immediate removal of sanctions on Zimbabwe.

On the same day, the Chairperson of the AU Commission, Moussa Mahamat Faki, reiterated the call on behalf of the continental body, for the immediate and unconditional removal of the sanctions on Zimbabwe.

Hard Line of the West

However, the United States, Britain, and the European Union, have insisted that Zimbabwe’s economy was suffering not because of the sanctions they have imposed, but because of corruption and government mismanagement of the country’s resources and economy.