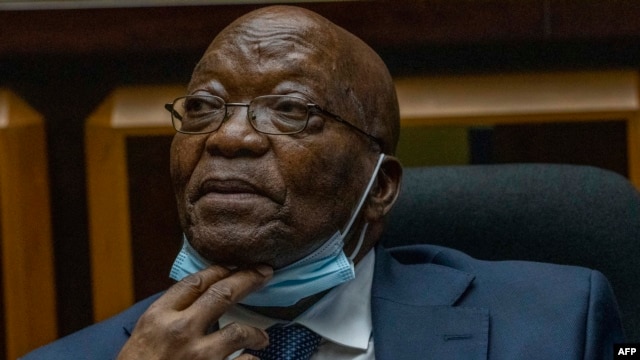 “Mr Zuma complied with his conditions for medical parole as set out during his placement,” read a statement released by South Africa’s Department of Correctional Services.

“All administrative processes have now been concluded and the sentence expiry date marks the end of him serving his sentence under community corrections,” adds the statement.

The Jacob Zuma Foundation took to Twitter to celebrate the Correctional Services announcement.

The announcement by South Africa’s Department of Correctional Services comes soon after the former president said he had been asked by senior members of the ruling African National Congress to put himself forward as the party prepares for its national elective conference scheduled for December.

SEE ALSO: S.Africa’s Zuma Eyes Political Comeback
“I will not refuse such a call should they deem it necessary for me to serve the organization,” said Zuma, adding, “I have been consulting with party leaders in spite of the difficulties caused by my current legal situation.”

ANC consultations with Zuma come amid heavy infighting within South Africa’s ruling party and ahead of its December conference, where internal polls will be held to determine who will be the ANC’s candidate for the 2024 presidential election.

Experts say President Cyril Ramaphosa is hoping to secure a second term but faces resistances from a faction that is loyal to former president Zuma.