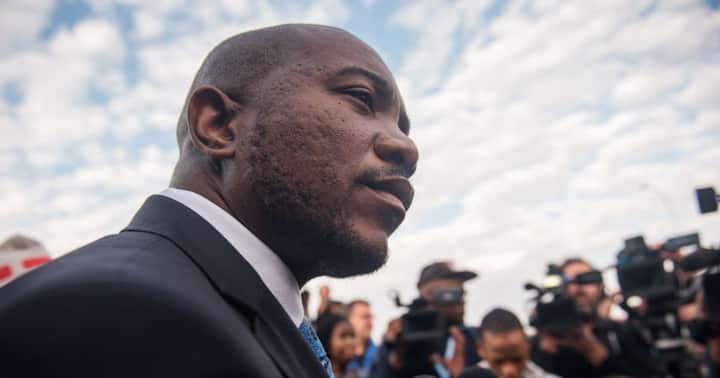 South African politician Mmusi Maimane has revealed he was robbed at gunpoint on Wednesday night at a bar in Cape Town.

The former leader of South Africa’s opposition Democratic Alliance (DA) party said the moment “felt like a movie” and the effects were “traumatic”, according to an Instagram post.

He was hosting his brother-in-law for a drink when three gunmen walked in, ordered all patrons to lie down and proceeded to rob every table.

“I worry about crime in our nation. It’s truly out of hand… I must be honest, not sure those guys will get arrested,” he said.

He added: “I don’t give up on our crime, we have to fight. We have to ensure policing is effective and the criminal justice system works.”

Police spokesman Wesley Twigg is quoted by local outlets as saying they are investigating the case.