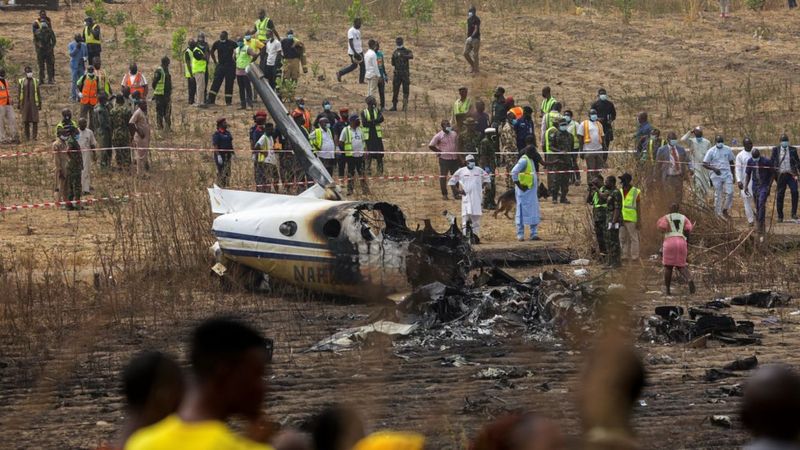 People gathered at the site of the crash on Sunday morning
Seven people have died after a Nigerian military plane crashed short of a runway in the capital Abuja on Sunday morning, according to officials.

The plane was on the way to Minna, in the northern state of Niger to try to rescue 42 people who had been kidnapped.

The chief of air staff has ordered an immediate investigation.


Air force spokesman Air Vice Marshal Ibikunle Daramola said that all those on board the small aircraft had died.

Witnesses say they heard a loud sound, then the aircraft burst into flames, reports the BBC’s Ishaq Khalid.

A witness told Reuters the smell of burning and chemicals lingered in the air at the site of the crash, in scrubland just outside the airport perimeter.

Vice Marshal Daramola told the BBC that the aircraft was on a mission to try to rescue 42 people, including students and staff abducted from their boarding school in the town of Kagara on Wednesday, when it turned back following engine failure.