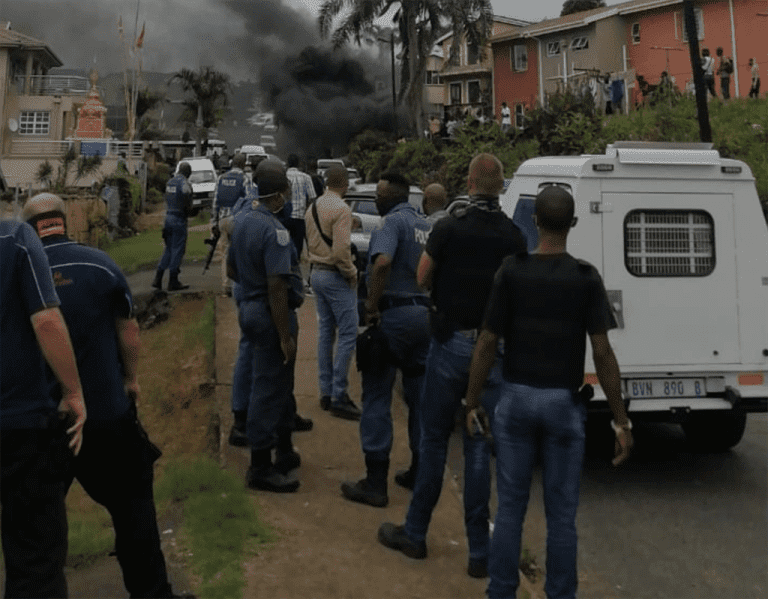 South African police say they are on high alert following an incident in which three men accused of being drug dealers were burnt alive inside a house by a mob.
The victims were aged between 22 and 36, the police said.
Community members followed the three men to their rented house in Ga-Mokgopha Section in North-West province and pelted it with stones, the statement said.
The men allegedly stabbed and injured some of the attackers while attempting to escape, but they were forced back to the house before it was set alight, the police said.
Provincial Commissioner Lieutenant General Sello Kwena termed the incident “inhumane, totally unacceptable and must be condemned”.
“No human being should be subjected by another to any kind of brutal attack irrespective of the nature of the accusation,” he said.
No-one has been arrested so far over over the matter.
A case of kidnapping, murder and arson is being investigated by the police.