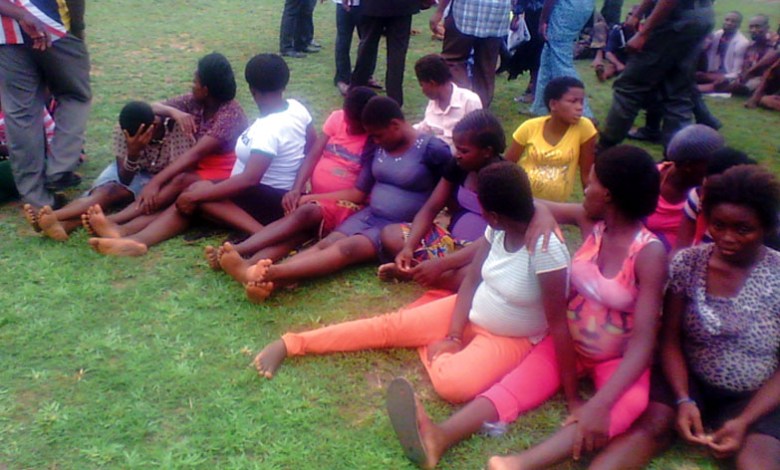 At least 35 teenagers have been rescued from a so-called ‘’baby factory’’ in Nigeria.
Essentially these are places where women and girls are kept to give birth to babies for sale.
The authorities said four of the girls in the building in the south-eastern state of Anambra were already pregnant.
Police spokesperson Torchukwu Ikenga told the BBC three suspects had been arrested – accused of abducting the teenagers as well as engaging them in sexual slavery, prostitution and operating a baby factory.
The police recovered three guns during the raid on the building in the town of Nkpor, near the commercial city of Onitsha.
These facilities are usually operated by human trafficking gangs – some in buildings disguised as maternity clinics or hotels.
Despite frequent efforts by the authorities over the years to shut them down – they continue to operate, mostly in secret.