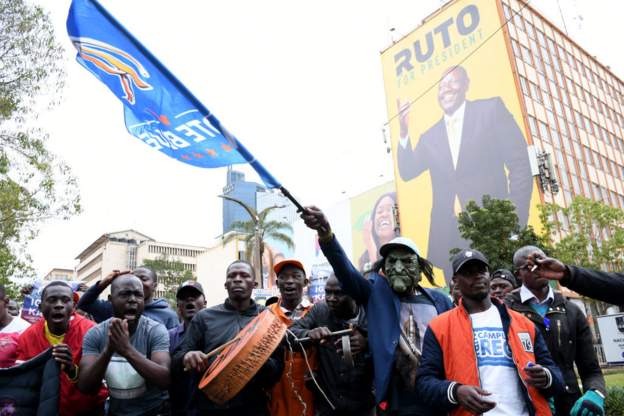 Six days after Kenya’s election, it is still uncertain who the next president will be.

With more than three quarters of the results confirmed, the deputy president, William Ruto, has established a lead over his rival Raila Odinga.

A group of well-known organisations including rights campaigners, lawyers and unions have urged Kenyans to avoid any action that might raise tension and trigger violence.

On Saturday, anti-riot police were called into the national counting centre as political party agents tried to disrupt the tallying process.

Legally, the electoral commission has a full week to announce the outcome of Tuesday’s poll.