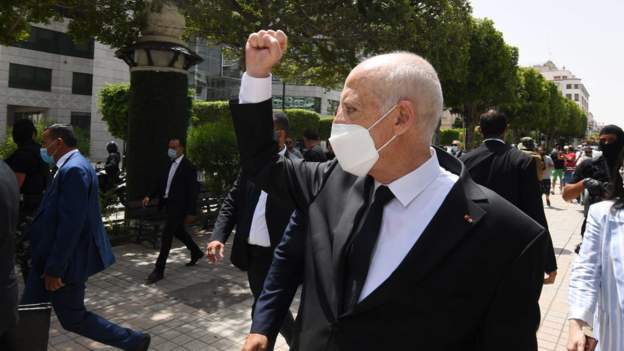 He said he would address the nation in the coming days, without giving more details.

The president assumed executive authority last month in a surprise move his opponents labelled as a coup,

Tunisia has been in a political crisis since the president’s move on 25 July – amid a struggling economy and a surge in Covid infections, with a rising international concern.

Mr Saied has defended his actions, saying the measures which also included the sacking of the prime minister were necessary to save the country from collapse.

The president was elected in a landslide in 2019 promising to stand up against corruption.