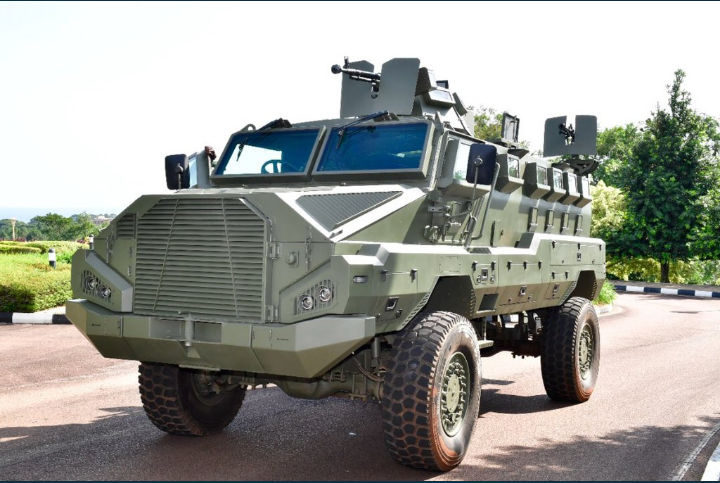 Uganda’s commander of land forces, Gen Muhoozi Kainerugaba, has tweeted photos of what he says is the country’s first locally made infantry fighting vehicle.

He said it was “fully designed and manufactured in Uganda”, but did not offer details of its features and cost.

The vehicle, christened chui – Swahili word for leopard, was commissioned by his father, President Yoweri Museveni.


The Ugandan army was last year involved in a brutal crackdown on protests that rocked the capital, Kampala, following the arrest of presidential candidate Bobi Wine.

Officials defended the use of live fire, saying the police and army were responding to rioters.