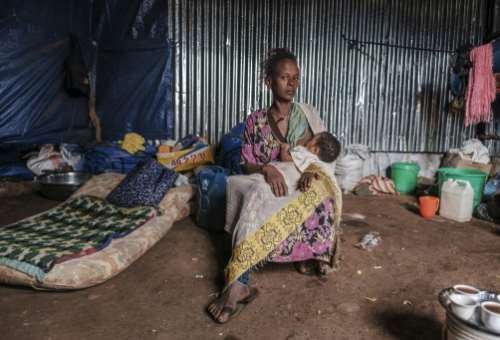 The United Nations said Tuesday it had regained access to two Eritrean refugee camps in Ethiopia’s war-torn Tigray but warned that people living there were facing dire conditions.

UNHCR, the UN Refugee Agency, said that since July 13, violent clashes in the northern region had prevented their staff from reaching the Mai Aini and Adi Harush camps.

Some 23,000 Eritrean refugees in total live in the two camps.

“However, access is limited by a complex and fluid security situation and refugees continue to face dire conditions,” he said.

“Basic services such as healthcare remain unavailable, and clean drinking water is running out.”

The UNHCR is calling for safe passage to let refugees from the two camps be moved to the new site of Alemwach, which is being completed some 135 kilometres (83 miles) away near the town of Dabat.

“UNHCR teams stand ready to help these populations for whom humanitarian aid is their only lifeline, with some still out of reach as active conflict prevails,” said Cheshirkov.

“UNHCR continues to call all parties to the conflict to protect civilians in line with their obligations under international humanitarian law and requests safe and unhindered access to reach all those in need.”

Although the 2019 Nobel Peace laureate declared victory later that month, TPLF leaders remained on the run, and fighting dragged on.