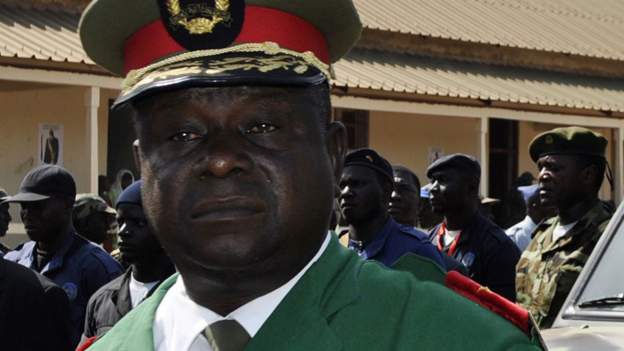 Mr Indjai led a coup in the West African country in 2012 before he was dismissed two years later in a democratic transition.

The US authorities indicted him in 2013 on accusations of plotting to traffic cocaine and sell weapons to Colombian rebels.

On Thursday, the US Department of State noted that Mr Indjal had been a subject of a UN travel ban since May 2012 as a result of his participation in the coup.

It said he was seen as one of the “most powerful” figures using illegal proceeds to corrupt and destabilize other foreign governments and undermine the rule of law throughout the region”.

“Indjai led a criminal organization […] even while serving as head of the Guinea Bissau Armed Forces,” it said in a statement.

He faces charges of narco-terrorism conspiracy, conspiracy to import cocaine among others.