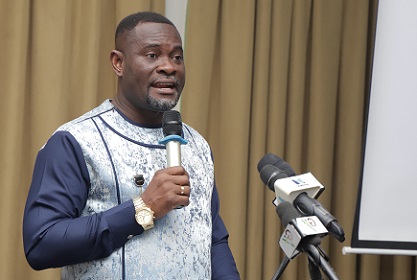 A civil society organisation (CSO) with interest in agriculture and the social sector, SEND Ghana, has called on the government to bring back road tolls to help shore up revenue for development.
It explained that reintroducing the road tolls would help generate more revenue for the state and ease the pressure on the economy, since the Electronic Transfer Levy (E-Levy) introduced to help in that regard was not fetching enough revenue to execute development projects, as had been projected.

A Senior Programmes Officer of SEND Ghana, Harriet Nuamah-Agyemang, made the call at a stakeholders’ engagement with the Ministry of Finance (MoF).


She explained that the call reflected the concerns of a large segment of the public after the CSO had conducted a nationwide engagement on the budget with regard to revenue mobilisation.

Through the MoF, the government is engaging with stakeholders on the 2023 budget and economic statement expected to be presented by the Minister of Finance, Ken Ofori-Atta, next month.

The engagement, which started in Accra last Friday, forms part of measures by the ministry to deepen citizen participation in the budgeting process and ensure that the nation achieves inclusive growth and national cohesion on its policies and programmes.

Key stakeholders, such as think tanks, trade organisations, faith-based organisations, financial institutions, among others, are expected to make inputs to move the process of the budget forward.


Mrs Nuamah-Agyemang also called for more waste recycling, as well as the introduction of food-related health tax, such as tax on sugar-coated beverages and junk food, to raise revenue.

On education, Mrs Nuamah-Agyemang said the public wanted the free senior high school policy to be reviewed, as well as the provision of suitable infrastructure at the basic school level, including kindergarten.

Additionally, she said, the government should establish well-equipped schools for the blind in the Savannah, Northern, Northeast and Upper East regions.

For its part, the Ghana Chamber of Construction Industry (GhCCI) asked the government to stop the capping of public funds used for the provision of public infrastructure and the payment of contractors and consultants.

It maintained that the Earmarked Funds Capping and Realignment Act first passed in 2017 and amended in 2019 provided that funds from statutory sources, such as the National Health Insurance Fund (NHIF), the Road Fund, the Ghana Education Trust Fund (GETFund) and internally generated funds (IGF) retention for each financial year, should be equivalent to 25 per cent of national revenue.


A senior policy advisor at the GhCCI, Kwadwo Osei-Asante, in a presentation of the chamber’s input into the 2023 budget on behalf of other private sector actors, said the capping of the funds starved contractors of revenue which was used to pay for services and works.

Mr Osei-Asante called on the government, through the appropriate state security agencies and institutions, to, as a matter of urgency, investigate, prosecute and punish all cases of conflict of interest involving public officials who doubled as players and referees in the construction sector, such as procurement, planning, design, engineering, supervision and monitoring and accounting.

He noted that their direct and active involvement in the core business of the industry had attracted preferential treatment for themselves and unduly delaying the process of issuing payment certificates to independent and recognised suppliers, contractors and consultants.

The GhCCI said agencies such as the GETFund, the Ghana Road Fund and Ghana Cocoa Board should make the payment list and plans available to contractors, consultants and suppliers for them to schedule their project execution.

That would also help in the reduction of labour agitation and forestall the negative impression of first come, first paid method.

A Deputy Minister of Finance, John Kumah, who opened the session, said the ministry had, over the years, been exploring avenues of deepening citizen participation in the budget process in a bid to ensure inclusive growth.

He indicated that there had been several engagements that had taken and continued to take place in different forms and with diverse stakeholders at various stages.

Funding budgets, he said, had become challenging due to factors such as credit ratings downgrades and the subsequent closure of the International Capital Market, tightening domestic financing conditions, the depreciation of the cedi, the high cost of borrowing, the high debt service burden, among others.

The deputy minister said the focused areas of the government for the ensuing fiscal year and the medium-term included restoring and sustaining macroeconomic stability, maximising revenue mobilisation efforts by widening the tax net and enforcing compliance measures and vigorously pursuing the digitalisation agenda to minimise revenue leakages.

Dr Kumah said revenue projections for 2023 were still on the low, although the government was investing in the necessary infrastructure to boost domestic revenue generation, adding that it was yet to conclude negotiations with the IMF which were expected to unlock other financing sources, particularly from bilateral partners.

In view of these, “Ghana is not expected to return to borrowing from the international capital market (a major financing source in recent times to augment domestic financing), anytime soon; the financing challenges currently being faced by government are likely to persist into 2023,” he indicated.

He, therefore, called on the citizenry to forge together by paying their taxes, supporting and monitoring the implementation of government programmes and projects, providing feedback and consuming made-in-Ghana goods and services to boost local production and productivity.

The Chief Director of the MoF, Dr Patrick Nomo, said the stakeholder engagements were a critical imperatives of the national development agenda, explaining that the annual budget was a major policy tool for the determination of national priorities, programme categorisation, resource allocation and accountability.

He expressed the hope that the inputs of the stakeholders would go a long way to shape the national development agenda.