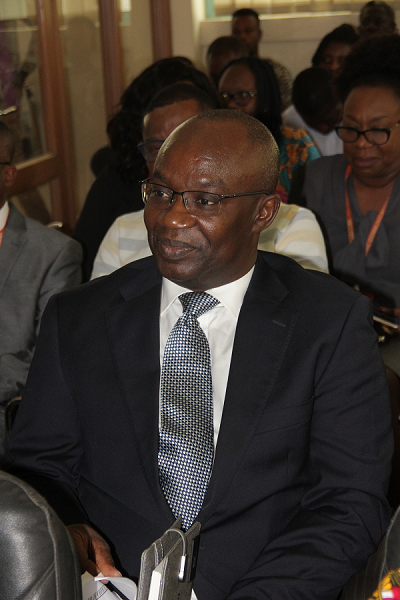 A public financial management consultant, Dr Valentin Kwasi Mensah, has called for an improvement in the country’s asset declaration regime.
He said there was the need to shift focus to preventive measures rather than curative to stop public office holders from abusing state funds to enrich themselves.

He said Ghana seemed to be spending so much on investigations and prosecutions and called for a paradigm shift to prevention rather than cure.

“So, the submission here is that we should rather spend more efforts on prevention measures like the asset declaration system. Investigations and protracted prosecutions are expensive,” he said during a virtual public lecture by the Institute of Chartered Accountants Ghana (ICAG), as part of activities to celebrate Accountancy Week from May 21 -27, 2022.

He spoke on the topic : ‘A Critical Evaluation of Ghana’s Asset Declaration System for Public Officials in the Fourth Republic.”

According to him, considering the current level of perceived corruption and conflict of interest in the public sector, an effective disclosure of assets and interest of elected and public officials was imperative to reinforce the principle of transparency and also secure the political control of the citizenry for a sustained democracy.

Ghana’s asset declaration system is covered by article 286 of the 1992 Constitution; a person who holds a public office mentioned submit to the Auditor-General a written declaration of all property or assets owned by, or liabilities owned by him whether directly or indirectly before taking office, at the end of every four years and the end of the term of his office.

Personal particulars including surname, other names, date of birth, present appointment and date of appointment are the type of information that should be disclosed.

In terms of assets and interests, land, houses and building, farms, concessions and vehicles should be disclosed.

However, Dr Mensah said a mere comparison of the current legal framework with that of the 1979 Constitution, PNDC law 280 and best practices indicated serious omissions and changes in current asset declaration system that rendered it ineffective in the prevention, detection and prosecution of corruption and conflict of interest.

He said that best practice indicated that disclosure should be required on a consistent basis so that the information reflected reasonably current circumstances.

Again, he said an asset declaration system should provide for penalties and or administrative sanctions for late submission of, failure to submit and for submitting false information on a required disclosure, the sanctions should be effective.

“Our assets declaration system facilitates the concealment of illegal enrichment. The persistence of corruption in the public sector could be attributed to the cultural dimensions of high powered distance, low individualism and short term,” he said.

Consequently, Dr Mensah said the exploitation of inadequate checks and balances by the public officials seemed to have escalated in the fourth Republic and has significantly reflected Ghana’s low and stagnant ranking on the corruption perception index.

“Some experts have said that the democratic governance system is the worst cultural thing not applicable to Africa. What it means is that this culture has a high respect for elders and authority and when you have such a culture, it is very difficult to question people in authority,” he said.

Dr Mensah called for a review and amendment of the current legal framework to ensure that the disclosure system is based on exhaustive, clear and appropriate legislation to enable it to play its expected role of being a powerful tool for fighting corruption and conflict of interests.

“The scope and current coverage of the current system imposes the need to implement a modern technology to facilitate effective processing, verification, maintenance of declaration and provide appropriate access to the declaration for the control of corruption and conflict of interest,” he said.

In a remark, the president of ICAG, Prof. Williams Atuiliik, said there was the need to improve the country’s asset declaration system as a powerful tool to prevent corruption.