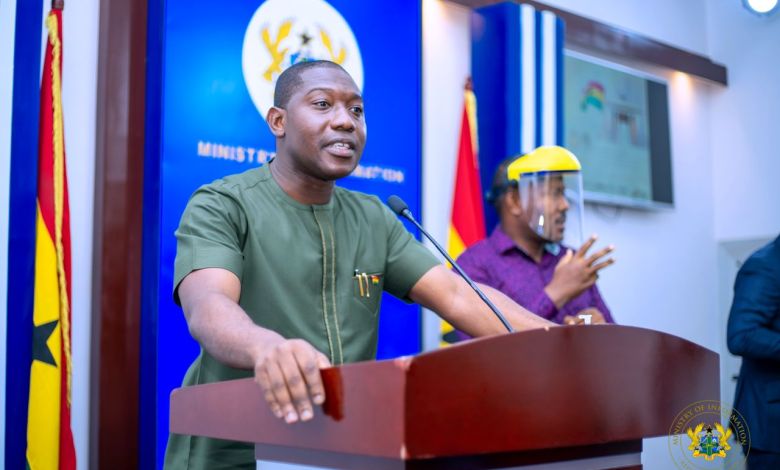 The deputy minister of trade and industry responsible for international and export trade, Herbert Krapa, has charged Africans to own the African Continental Free Trade Area (AfCFTA) and work together towards bringing the initiative to fruition as the surest way to securing optimum gains from the AfCFTA.

Delivering a keynote address at a conference organised by the Konrad Adenauer Stiftung (KAS) and Ghana Institute of Management and Public Administration (GIMPA) in Accra, Krapa stressed that achieving the African Union’s Agenda 2063 will not come by chance.


As such, Africa needs a new paradigm of leveraging its resource to boost intra-African trade, the deputy minister said.

“We cannot let down the momentum that the African Continental Free Trade Area gives us today, to give a better account of the second half of those 100 years, better than we have done in the previous years,” Krapa said.

Effective implementation of the AfCFTA provides a clear opportunity for Africa to dispel the notion that Africans are incapable of acting on their own. Krapa thus charged “each member state to show sustained political will and commitment from the highest level of executive authority, as well as a robust national programme of action to harness the benefits of the AfCFTA”.

Boosting trade
“Such programmes must be mainstreamed into national development strategies. The Africa we want is the Africa we must agree to work for,” he said.

Given the importance of effective collaboration among stakeholders for the AfCFTA’s success, he urged academia, institutions of learning and development partners “to pivot towards accompanying the continent on this transformation in a manner that accelerates widespread attainment of socioeconomic progress”.

Touching on measures put in place by the government to attract maximum gains under the AfCFTA, Krapa explained that it has established an institutional framework made up of an interministerial facilitation committee at the apex, the national AfCFTA steering committee, the national AfCFTA co-ordination office and seven technical working groups in key thematic areas aiming to boost intra-African trade.

The guest of honour at the event, His Excellency Daniel Krull, the ambassador of the Federal Republic of Germany to Ghana, urged stakeholders to contribute towards realistic and sustainable policies that will challenge the potential competition from other African countries within the free-trade area which desire to attract maximum gains from the AfCFTA for their home countries.

Trade between African countries remains among of the lowest in the world, standing at between 12 and 16% of the continent’s combined gross domestic product, against other parts of the world such as the European Union, which carries out 75% of its total trade between member countries.

This raises critical concerns about Africa’s development. The AfCFTA could be the single most important decision by the African Union in addressing poverty and structural transformation issues on the continent.

It is the fulcrum on which will turn the development of regional value chains, and ultimately a “Made in Africa” revolution, by increasing market opportunities and expanding market size, improving access to better inputs at lower cost, thinning borders to reduce the cost and time of trade and enabling resources and skills transfer.

Sustainable growth
The treaty aims to bring 30 million people out of extreme poverty and to raise the incomes of 68 million others who live on less than $5.50 per day.

The two-day 2021 conference series, which is taking place at the GIMPA Executive Conference Centre in Accra, centres around the theme of “Trade and Regional Integration: Implications for the AfCFTA”.

The objective is to bring stakeholders in academia, the public and private sectors to dialogue and carve out a sustainable path for Ghana towards securing maximum gains from the AfCFTA for Ghana’s development.

The conference was attended by the chairman of the governing board of GIMPA, the rector of GIMPA, faculty deans from leading public universities, heads of private sector unions and students.