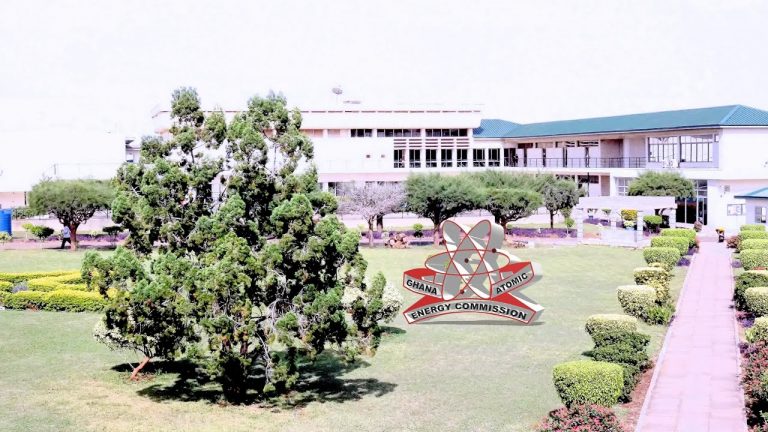 The Ghana Atomic Energy Commission (GAEC), which made the call, said it was ready to partner players in the waste management industry with the requisite expertise to venture into the Nuclear Technology for Plastic Pollution Control (NUTEC Plastics) to help the country to effectively deal with the plastic waste menace.
The Director-General of GAEC, Professor Samuel B. Dampare, said nuclear technology for plastic recycling was a new area which the country could explore to protect the environment and create employment for the youth.
He was speaking at a stakeholder meeting on NUTEC plastic programme in Accra.
The meeting was to open discussion on using radiation as a complementary technology to existing recycling techniques to manage plastic pollution.
It was also to identify actions that could enhance plastic partnerships and stakeholders.
Key stakeholders at the programme included waste management companies, non-governmental organisations in environment, academicians, plastic producers, local government professionals and research institutions.
Plastic pollution
Prof. Dampare said the International Atomic Energy Agency (IAEA) initiated NUTEC Plastics to assist governments of member states to integrate nuclear technology to combat plastic pollution.
“This project is currently being implemented by GAEC in collaboration with the Ministry of Environment, Science, Technology and Innovation,” he said.
The GAEC D-G disclosed that GAEC had been using the nuclear technology in different areas such as agriculture and in health, and it was now time to extend it to plastic waste.
“We have all been talking about recycling, reuse; so if we are able to use the radiation by converting the plastic from one stage to another, so that even if you want to use it for pavement blocks, it becomes easier.
“We need an electron beam facility for this technology, then we can use it to help address this plastic waste menace,” Prof. Dampare stressed.
He added that it would require about $7 million to $10 million to establish an electron beam facility to aid the recycling agenda.
“GAEC does not have that kind of money so if we can get collaborators from the plastic waste industry who are interested, we can come together and establish a facility here,” he said.
“The conversation is about converting waste to wealth. I think that if they invest their money into this technology, they will not lose at all because they can use it in the plastic and other areas,” Prof. Dampare emphasised.
Threats, potential Presenting a research work dubbed “Application of ionising radiation technology in recycling to recycle plastic waste in Ghana,” a Principal Research Scientist of the Biotechnology and Nuclear Agriculture Research Institute-GAEC, Dr Fidelis K. Ocloo, stated by projection that by 2025,the ocean would contain one tonne of plastic for every three tonnes of fish and that by 2050,there may be more plastic in the ocean than fish.
Ghana, he said, generated over a million tonnes of plastic waste annually, out of which 52,000 tonnes, representing five per cent, were produced domestically.
Dr Ocloo said although plastic waste pollution was a pressing challenge, it should not be demonised because its usefulness, through the radiation technology, could be enormous for the country. An IAEA expert on NUTEC Plastic, Dr Chantara Thevy Ratnam, in a presentation, shared her expertise on the use of radiation technology in polymer recycling and how industries could use the technology to produce high quality recycled materials within the circular economy framework.