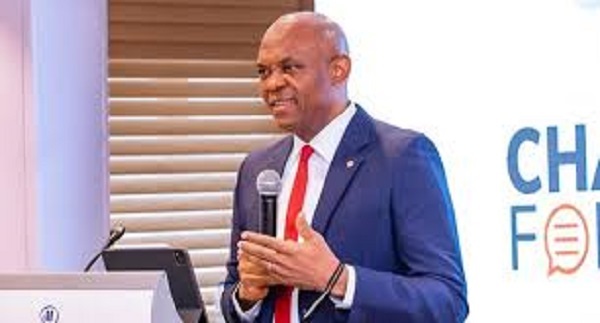 The founder of Tony Elumelu Foundation and Group chairman of Heirs Holdings, Tony Elumelu, has said banks in Africa have the financial mussle to support governments on the continent to accelrate their infrastructure development.
He said banks were also ready to help provide funding at reasonable rates to help with programmes that would alleviate poverty and build the capacities of the youth to contribute their quota to economic transformation.

Mr Elumelu said this in an answer to a question from the Graphic Business during a media encounter shortly after he formally launched the United Bank for Africa (UBA), Dubai branch.

The question was to ascertain whether banks on the continent such as UBA, were ready to offer more financial support to African governments to help accelerate their economic development.

“We at UBA are already doing that. We have financed a lot of infrastructure projects and supported youth entrepreneuship.

“We are ready to do more because this is our continent and we cannot close our eyes to the challenges,” he said.

UBA, on July 15, became the first truly African bank to open a new branch in the United Arab Emirates (UAE), as part of efforts to help businesses in the region and on the continent to have easy access to trade finance and convenient banking services.

Located in the Dubai International Financial Centre (DIFC), the move forms part of the bank’s vision to have a global outlook as it plays a significant role to bridge the world economy leveraging the UAE as an important hub for global trade and also a trade gateway for Africa.

Mr Elumelu, who launched the bank at a colourful ceremony at the Palazzo Versace Hotel in Dubai, said “UBA Dubai will serve our customers across the Middle East with a core focus on correspondent banking, trade and treasury, while harnessing the opportunities the region has to offer to unlock our untapped economic potential and support our continent’s development,” it said.

He described Dubai as a country within a strategic location with a thriving global trade hub at the intersection of Asia, Europe and Africa, making it an ideal market with many opportunities for African businesses.

“Dubai’s strategic position as a thriving global trade hub at the intersection of Asia, Europe and Africa makes it an ideal market for our 35 million+ customers to leverage their businesses and boost their global footprint,” he said.

“Today, I am in Dubai to mark yet another historical milestone for the UBAGroup. What started as an ambitious dream is today a reality. UBA has expanded its operations beyond Africa, the United States, and Europe to the United Arab Emirates; truly Africa’s global bank.

In a brief interview with the media after the launch, the Chief Executive Officer of the Middle East and Dubai branch of the bank, Mr Vikrant Bhansali, said the opening of the new office would make it easier for businesses from Africa and Dubai to engage better and complete business deals in a seamless way.


He said the bank was financially positioned and would do all it could to leverage the opportunities it had identified to ensure that its numerous customers benefited from the services the bank intended to offer.

Mr Bhansali said the bank, having studied the terrain for years, would provide the exact services and products needed by Africans and the people from the UAE, adding that “we know why we are here and we are confident that we will prevail by positioning ourselves in a manner that makes banking exciting to our customers and potential customers.”

Dubai’s strategic position as a thriving global trade hub at the intersection of Asia, Europe and Africa makes it an ideal market for our 35 million+ customers to leverage their businesses and boost their global footprint.