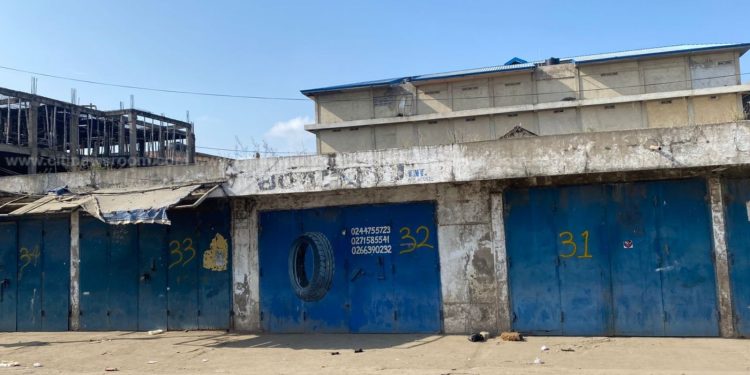 The protest by the Ghana Union of Traders Association (GUTA) over Ghana’s forex challenges and the cost of living crisis has been largely met with support from traders.

While most of the traders joined the protest by locking their shops, a significant number of traders had opened their shops for trade.

At Tudu, for example, only about a third of shops were closed in support of the protest.

“I don’t believe in closing shops, but I am wearing this [red band] to show the government that I am very troubled about our capital that is going down,” one trader who opened his shop said.


“We have done this thing several times, but we are not getting any results. If we continue to close our stores, it will not add to anything,” he added.

But in areas around the Makola mall, nine in ten shops were closed in line with the protest. Most of the traders who closed their shops were people who imported their products.

Only a handful of hawkers set up within the precincts to sell their wares.

Vehicle and human traffic flow were much lower than normal because of the protest, and head porters who help consumes transport wares were seen idle.

The leadership of the GUTA met with members of the council of state in the latter’s attempt to urge the traders to stop the protest.

Ahead of the protest, the dollar had crossed the 11 cedi mark, with industry players predicting a further depreciation of the Ghanaian currency.