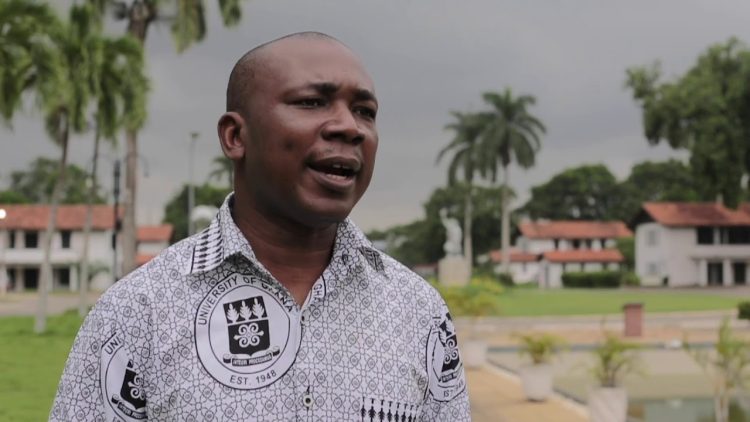 Economist and lecturer at the University of Ghana, Professor Godfred Bokpin says the continuous depreciation of the cedi against the dollar and other currencies is a reflection of weak economic fundamentals.

“The cedi just doesn’t misbehave on its own. It is a reflection of the fundamentals, it’s a reflection of imbalances between demand and supply. It is a reflection of lack of confidence in the economy and some speculation in the economy because the cedi so far is no longer a store of value”, he said.
The performance of the cedi has caused distress amongst traders, as they say, its decline puts pressure on their capital.
Prof. Bokpin said the situation demands swift intervention.
“Some kind of active intervention that suggests that we are uncomfortable with the depreciation [is needed]. No one likes uncertainty. Everyone loves predictability. Price stability is at risk. Credibility around Bank of Ghana’s own short-term price stability objective is at risk. So we need to restore these by bringing everyone on board.”
The Cedi has seen its value drop by over 50 percent when compared to the US dollar in the first 10 months of this year.
The development has since placed the cedi as the worst in the world amongst major currencies, according to ratings by Bloomberg.

In the meantime, government will today, Tuesday, October 25, 2022, engage CEOs of commercial banks and forex bureaus to deal with the cedi situation.
Speaking on the back of that, Professor Bokpin reiterated the need for a national dialogue on how the economy can be revived.
“Government needs to build that consensus by looking at data from different angles. They need the buy-in of the opposition and organized labour across the country because implementing any programme affects everybody else, it will cause social unrest. Sometimes, the social adjustment costs are not evenly distributed and may affect those at the end of the income structure, so a good way to do this is to carry the whole nation along.”