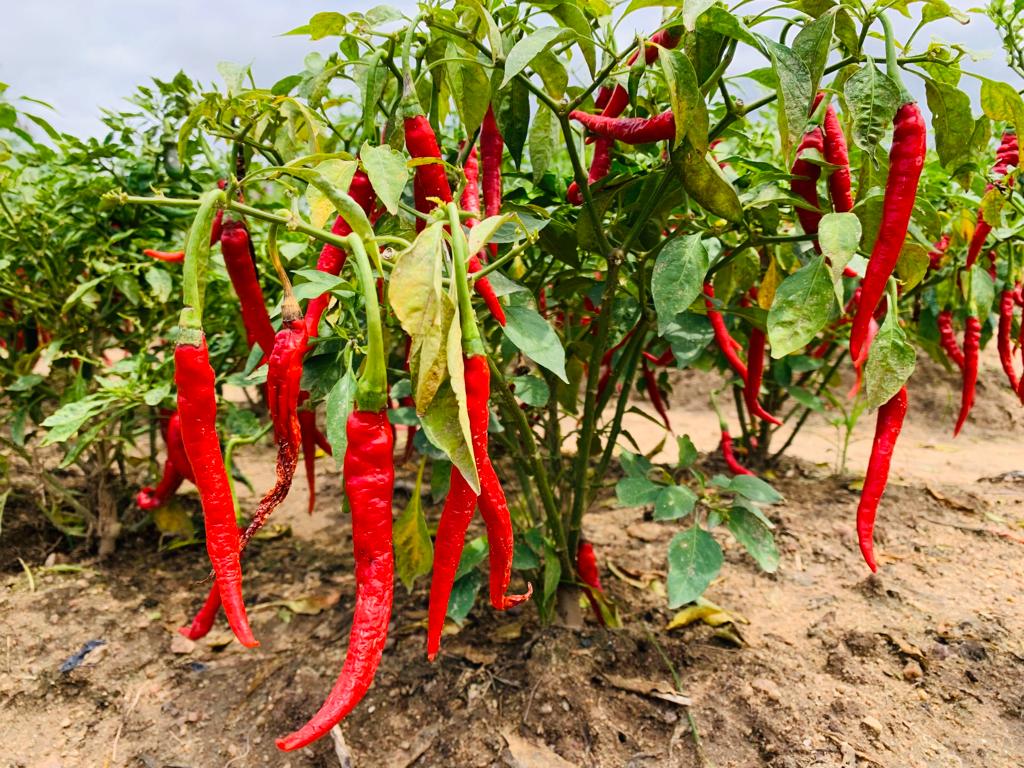 The Crop Research Institute of the Council for Scientific and Industrial Research (CRI-CSIR) has rolled out a demand-led breeding project to introduce a new pepper variety into the market, the first since 2005.
But unlike previously, the institute has mobilised key stakeholders to be part of the selection process of the variety to avoid low patronage by farmers as it happened in 2005 when the Shito Adope and Maakontose varieties were released.


The rationale according to the institute is to work with farmers throughout the process, have their buy-ins, in settling on what they actually want.

“In the past years, when the CRI released pepper varieties, farmers were not involved in the process even though the varieties were there, we saw that the patronage was not good,” a Senior Research Scientist and vegetable Breeder at CRI, Dr. Michael Kwabena Osei, said at a pepper field day at Kwadaso near Kumasi in the Ashanti region.

He said the new approach ahead of the release was to meet local and international demands.


Dr. Osei said CSIR-CRI was currently doing participatory selection of about 28 different lines of pepper which were obtained from the World Vegetable Center.

It is to help make a good selection and make multi-location trials in different agro-ecological zones to assess their performance.

Dr. Osei said this will prepare scientists to make selection and get closer to the new varieties, conduct economic and laboratory analysis among other tests.

The Director, CSIR-CRI, Prof. Moses Brandford Mochiah, said pepper was the leading vegetable export in Ghana with its main market in Europe.

He said CSIR-CRI was collaborating with the World Vegetable Center to release two pepper varieties in Ghana.

Prof. Mochiah expressed optimism the multi-stakeholders approach would help in selecting the best traits of pepper.

A Scientist at the World Vegetable Center, Dr. Derek Barchenger, said the organisation was geared towards collaborating with stakeholders to support vegetable farmers to produce sustainable, safe and healthy vegetables.