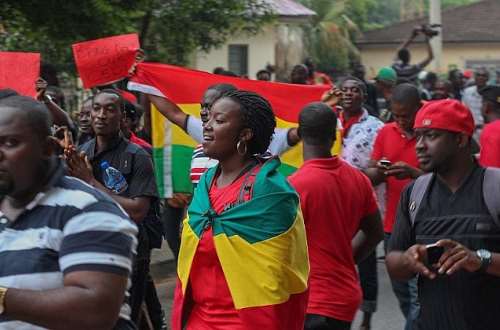 The Forum for Public Sector Associations and Unions have asked the Government not to apply a “haircut” to Tier 2 Pension Funds as part of a “probable” debt restructuring programme.

The Forum said it had taken note of media reports suggesting that about 94 percent of Tier 2 Pension contributions placed in government securities might be affected by the said debt restructuring agenda.

At a press conference in Accra on Thursday, October 20, 2022, Mr Isaac Bampoe Addo, Chairman of the Forum, said any such decision on the Tier 2 Pensions would contravene provisions of the National Pensions Act, 2008.

“If the Government was to pursue the restructuring of Ghana’s debt by touching pension funds placed in government securities, it would be tantamount to the deceit of benefits envisaged under the Three Tier Pensions Scheme,” he said.

He said the NPRA, in its response to the Forum, assured that: “there’s no such policy or decision at the moment to restructure Ghana’s debt and as regards the 94 per cent of Tier 2 pension contributions placed in government securities.”

Mr Addo said the decision to place a larger proportion of Tier-2 funds into Government Securities, was due to the fact Government paid all the Temporary Pension Fund Account (TPFA) at the Bank of Ghana in government securities. He said the Occupational Pension Schemes had efficiently grown the Tier-2 Pensions Funds that would allow the schemes to pay “better lump sum” to its contributors on retirement.


“Thus, if the government would want to touch these funds, that are privately managed, it would be tantamount to the Government reaping where it has not sown,” he said.

The rest are the Judicial Service Staff Association of Ghana, Coalition of Concerned Teachers Ghana, and the Ghana Hospitals Pharmacists Association. The Forum constitutes about 70 per cent of the public sector payroll. Ghana’s Pension Scheme is in three tiers. The First Tier is the Basic National Social Security Scheme for all workers in Ghana. It is a defined benefit scheme and mandatory for workers to have 13.5 per cent contributions made on their behalf, and managed by SSNIT.

The Second Tier is a defined contributory Occupational Pension Scheme mandatory for workers with 5 per cent contribution made on behalf of members.

The contribution is managed privately by approved Trustees. The Third Tier which includes all Provident Funds and all other Pension Funds outside Tiers I and II is a voluntary scheme.

Section 102 of the Pensions Act states: “the accrued benefits of a member in an occupational pension scheme shall not be attached in execution of a judgment debt or be used as a charge, pledge, lien or be transferred, assigned or alienated by or on behalf of the member.”