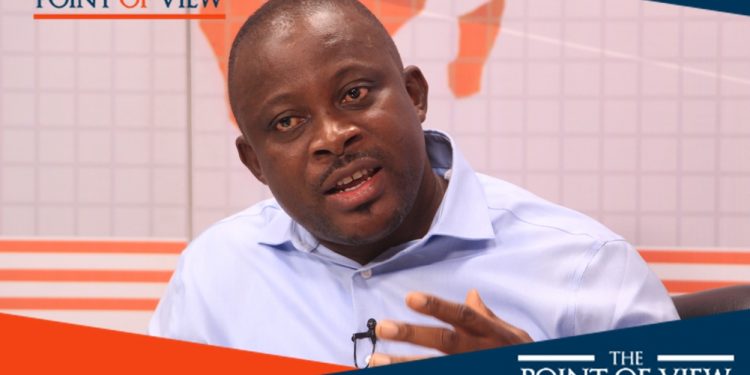 Member of Parliament for Bongo, Edward Bawa is warning of a looming judgment debt due to the decommissioning of the Saltpond Oilfields.

According to him, the new CEO of GNPC’s decision to engage a project consultant when the previous CEO signed off an arrangement for in-house professionals to conduct the project consultancy at no cost is the cause of the potential judgment debt.

Edward Bawa indicated that the Mines and Energy Committee of the house will probe the issues further during the approval process for the GNPC’s work programme.

Mr. Bawa made this known in a statement.

Read the full statement below:

POTENTIAL SCANDAL AT GNPC WITH RESPECT TO THE DECOMMISSIONING OF THE SALTPOND FIELD: MR. OPOKU AHWENEEH DANQUAH MUST STOP THIS NONSENSE

Since the termination of the Saltpond Field Petroleum Agreement in August 2016, GNPC has been managing the field through payment of emoluments, provision of supplies including food, water, fuel, medicines, spare parts, personnel protective equipment, communication facilities and transportation. However GNPC and all other stakeholders acknowledge that the field is an environmental disaster waiting to happen and therefore the need to quickly decommission it.
It is important to state that so far the following have been undertaken: Pre-decommissioning studies – completed in November 2018, the tender process for the decommissioning contract which started in 2020 has been completed. The decommissioning contractor, Hans & Co Oil and Gas Limited, has been selected and the Contract Agreement between GNPC and the contractor was executed on 12th January 2022.
From the work program presented to parliament, which is yet to be approved, the following are projected to be executed this year prior to commencement of the decommissioning campaign: Perform community engagement, acquire Environmental Impact Statement (EIS) permit from the Environmental Protection Authority (EPA), vessels and Jack-up rig clearance permits, explosive permit, Maritime clearance and permit, expatriate employee working and resident permits. Additionally, perform detailed engineering for wells plugging and abandonment and topside dismantling, removal, and waste disposal, commence and complete plug and abandonment of the six (6) wells on the Saltpond Field, commence Mr. Louie Topside(the rig) dismantling, Removal & disposal of waste material.
GNPC also contemplated the hiring of a Project Management Consultant for the decommissioning. Indeed the a tendering process was done and a consultancy firm was procured with approval from the Public Procurement Authority.
However in a memo to the office of the former CEO (Dr. K.K. Sarpong) of the Corporation, the project team offered valid reasons why project consultants will not be required for the project. The team explained that a lot of the work had been carried out by the in-house project team and the remaining jobs can equally be executed in-house. This in-house delivery will save the Corporation more than US$5 million.
The former CEO agreed with the technical team and gave his blessing to have the job done in-house particularly as this was going to save the corporation some money. Indeed as we speak about 70% of the work has been done by the in-house technical team made up of Mr. Alex Kwarteng (General Manager, Projects) and Mr. Albert Langdon-Nyewan (Deputy Manager, Resevoir).
The selected company was does prevailed upon to allow the GNPC use in-house expertise to perform the task.
On 20th April 2022, Mr. Opoku Ahweneeh Danquah was appointed acting Managing Director of GNPC. Until his appointment, Mr. Opoku Danquah was the Deputy CEO (Technical operations) for the Corporation and therefore would have been aware of these developments.
The shocking news is that, Mr. Danquah has made a U-turn and decided to go for a Project Management Consultant to perform the task the technical team at GNPC can undertake and are indeed currently undertaking.
The question is: what is the motivation for this line of action? One thing is certain: GNPC is intending to spend $5million on an activity that is being done by in-house technical team. Besides, the original company that was procured for the Project Management Consultancy would definitely sue for procurement fraud and the country could be facing yet another judgement debt.
I can promise GNPC that this needless expenditure will be blocked during their work program hearing which is scheduled for Tuesday July 5, 2022.
At a time that the country is contemplating going to the International Monetary Fund for support GNPC cannot afford to be wasteful.