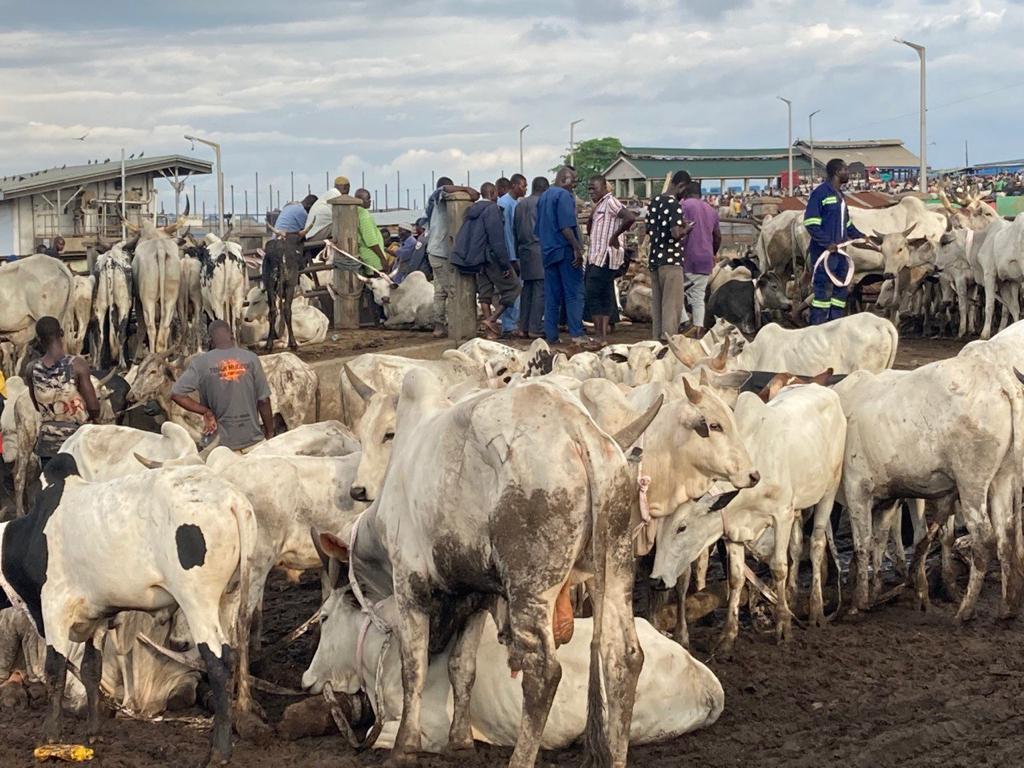 As the Muslim community celebrates Eid-ul-Adha, the festival of sacrifice, today, the prices of livestock have shot up drastically.
The high prices and the harsh economic conditions which have eroded the purchasing power of many people have stagnated the markets.

Checks by the Daily Graphic yesterday in some Zongo communities in Accra, Tamale, Kumasi and Koforidua revealed that the prices of livestock had increased by more than 30 per cent compared to the same period last year.


Nonetheless, some Muslims were ready to manage some money to buy the animals for the all-important festival.

Eid-ul-Adha commemorates Prophet Ibrahim’s readiness to sacrifice his son in order to demonstrate his dedication to Allah.

It is the second significant religious festival in Islam, which marks the end of Ramadan.


Rams, goats, cows and camels are used for the sacrifice even though many people prefer to use rams because of the enormous reward it attracts from Allah.

Joshua Bediako Koomson reports that a market survey in places such as Nima, Accra New Town and Avenor, indicated that the demand for livestock had fallen.

Business was not as brisk as the dealers had hoped, or as compared to previous years.

Although goats, rams and cows were not in short supply, a number of Muslims lamented the high cost and the economic situation that had eroded their purchasing power.

Speaking to one of the traders, Abdulai Salifu, he bemoaned the price hike but blamed it on the cedi depreciation against the CFA.

“We mostly bring these animals from Burkina Faso and Niger so if the exchange rate is high, it affects the price of the livestock as well as the cost of transporting them to Ghana,” he said.

Emmanuel Bonney reports from Kasoa in the Central Region that cattle dealers stated that the high cost of their animals had resulted in low sales.

In separate interviews with the Daily Graphic yesterday, the dealers said the prices of their animals had gone up due to increases in transportation fares.

A dealer, Abdallah Ibrahim, said while the transportation of a ram from Damongo cost GH¢40.00 last year, the price had shot up to GH¢70.00 this year.

Another dealer, Abdallah Zakaria, said although he had been selling the cattle for about a week now ahead of the Eid, he was not making sales.

“People are not coming to buy and those who are coming too are unable to afford our prices.

Another livestock dealer, Abdul Majid, appealed to the government to do something about the prices of petroleum products so that it will not lead to increases in transport fares.

In spite of the developments, the Imam of Kasoa Iron City, Imam Musah Zibril, said he was expecting a great celebration today.

He said the celebration would be used to pray for the peace and prosperity of the country.

From Tamale, Mohammed Fugu reports that Muslims in the Tamale Metropolis were grumbling over the high cost of livestock.

Prices of rams, goats and cattle which were mainly used for the annual sacrifice had skyrocketed in the past few days.

While many people said they could not afford the sacrificial animals to commemorate the season, some who were used to slaughtering the animals every season were still hopeful of buying them.

Checks by the Daily Graphic showed that prices of livestock had shot up to between 70 and 100 per cent in the metropolis.

The sellers attributed the hike in prices to the economic hardship and the insecurity situation in the sub-region, where most of the animals were imported from.

In an interview with the Daily Graphic, a livestock seller at the Aboabo Market, Alhassan Yussif, said the animals were available but buyers were not forthcoming.

“For this year, the prices are high because we also buy them at a higher price, especially those we import from Burkina Faso” he said.

A resident, Yahaya Salifu said his budget for a ram had doubled this year, when compared to the previous year.

“I intend to share with my friends and neighbours who couldn’t afford this year, to put smiles on their faces “ he said.

The Northern Regional Chief Imam, Sheikh Ahmed Abdul-Salam, in an interview with the Daily Graphic last Wednesday, expressed worry about the hike in prices of livestock.

He appealed to animal dealers to consider the economic situations of the people and reduce the prices.

There was a mad rush for sheep and cattle in Kumasi yesterday, reports Emmanuel Baah.

When the Daily Graphic visited the main Amakom-Roundabout – Asawasi Shell Station road leading to the Kumasi Central Mosque, hundreds of livestock were on sale ahead of the festive period.

At the Kumasi Abattoir, popularly known as Mayanka, the demand for sheep and cattle was high as Muslims finalised preparations for the holy feast.

Some people were busily bargaining with the sellers to reduce the cost of the rams and the cows in order for them to be able to buy for the celebration.

According to a seller at the Asawasi Grazing Yard (Firiraguna), Ibrahim Amidu, the prices for the animals had increased substantially since last year, a situation he attributed to the depreciation of the cedi against the CFA.

Despite the high cost of livestock in the New Juaben South and New Juaben North municipalities of the Eastern Region, some Muslims were purchasing them for the Eid-ul Adha festival, writes Haruna Yussif Wunpini.

Alhaji Issah Mailoori, who sells cattle and rams at Magazine, the main livestock market in the two municipalities, said the high cost of the animals, coupled with the general economic hardship was making it difficult for many Muslims to buy them.