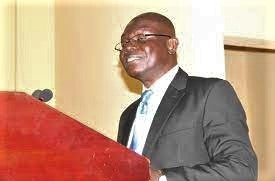 A research project into food safety and the drivers of food choices in selected cities in the country has established that food is available throughout the year; however, affordability, quality and accessibility are the challenges.
“Food is available; however, factors such as the season, access to food from the farms to bring to the markets and the purchasing power of consumers play a significant role in the choices consumers make in deciding on what to eat,” the report said.

The study also established that although sanitary conditions and infrastructure in the open market were poor, it was the most preferred market for consumers.


That, it said, was due to the low prices of food there, the opportunity to bargain prices, as well as the convenience such markets offered in the form of proximity to offices, homes, lorry parks, among others.

The study, undertaken during different seasons in 2021, was done simultaneously at major markets in Accra, Kumasi and Tamale in three rounds of consultation with local stakeholders of urban food systems.

It was conducted by the Institute of Statistical, Social and Economic Research (ISSER) of the University of Ghana, in collaboration with an international project, NOURICITY, and aimed at investigating the structure and dynamics of urban food systems in Africa.

Funds for the research were provided by the European Union (EU) and the African Union (AU).

The stakeholders disseminated the findings of the study in a two-day workshop in Accra, during which participants discussed the way forward with the findings.

The workshop also had a partnership component aimed pooling stakeholders, including the Food and Drugs Authority (FDA), the Ghana Standards Authority (GSA), the Ministry of Health and the Food and Agriculture Organisation (FAO), to deliver the recommendations proposed.

Being replicated in South Africa and Uganda, the project is aimed at understanding what motivates people to make the choices that they make when selecting a particular food or vegetable at markets in urban centres.

Among other findings of the study is the fact that urban-dwelling households are affordability.

The report said that was explained by the types of food consumed by most households, with majority of dishes containing food items from many food groups, meaning that dietary diversity could be high in urban areas.

However, it recommended further studies into the proportions of the different food groups in a dish to consolidate the assertion on high dietary diversity.

The immediate past Director of ISSER, Professor Felix A. Asante, who led the team in the presentation of the report, indicated that many non-communicable diseases (NCDs), such as hypertension and diabetes, were triggered by the food people consumed, hence the need to inform people to make the right choices.

He revealed that out of the 11 predominant NCDs in the country, six were dietary related.


Prof. Asante said the research would not only help establish the link among health, nutrition and agriculture but also help inform policy choices and decisions in the country.

The Project Co-coordinator of NOURICITY, Dr Nicolas Gerber, said the project was a collaboration among a consortium of 24 countries, made up of 12 each in Africa and Europe.

He said the €827,000 initiative would also establish how food was handled from the farm to the market.

It would also establish some of the factors which affected food safety and offer possible solutions, he noted.

He said so far there was no credible data on food safety and quality in the value chain and said the research in the three countries would gather such data.

In particular, the project would describe the systemic drivers of food choices by mapping out formal and informal urban food sectors, their interactions and rural linkages and also track urban food sources and their characteristics, Dr Gerber added.

It would also examine individual drivers of food choices; that is, income, access to nutrition-related knowledge or food taste, habits and culture, he said.