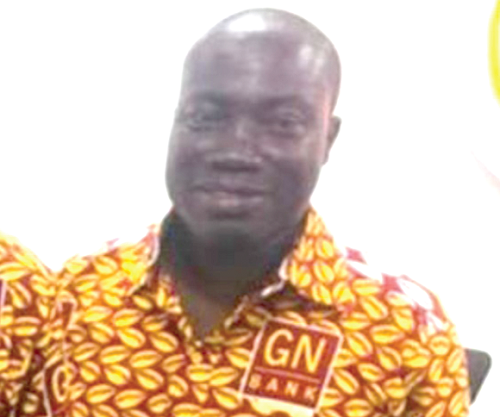 Former workers of the defunct Groupe Nduom (GN) Savings and Loans Limited have appealed to the government to facilitate the immediate release of their locked up provident fund (PF).
According to the aggrieved workers, their PF, which had been outstanding since August 2019, was locked up with the National Pensions Regulatory Authority (NPRA).

The group, therefore, urged the NPRA to remove the embargo placed on the trustee for the fund to be advanced to them.


They further entreated the National Peace Council (NPC) to intervene to ensure “this matter is resolved expeditiously to save the lives and livelihoods of the vulnerable beneficiaries”.

This was contained in a statement issued by the former staff who refer to themselves as concerned ex-employees of GN Savings and Loans Ltd.


They explained that a pension fund scheme was established for them during their active service with the bank but it was subsequently stalled.

“The PF was stalled as a result of the revocation of the financial institution’s licence and entrusted to Pentrust Limited for disbursement to contributors,” they said.

The group, however, claimed that after refunding 50 per cent of their money in November and December 2019, Pentrust Limited halted subsequent payments, with claims that the rest of the 50 per cent was non-refundable because it had been invested at GN.

According to the group, the trustee further claimed that the ex-workers required validation and payment from the receiver, PricewaterhouseCoopers (PwC), before the rest of the money could be paid.

“For over three years since the bank’s licence was revoked, the remaining 50 per cent of our PF contributions remains unpaid to date.


“The real value has diminished over time through inflation and the depreciation of the cedi. The non-payment of the fund has been very devastating, with many losing hope in life due to the harsh economic conditions in the country,” they added.

The group said on August 16, this year, Pentrust announced that the receiver had released a portion of the money to be refunded to qualified beneficiaries, and that payment would resume forthwith.

“However, the refund was not made,” they said.

They also alleged that when they called on the NPRA to intervene, the authority responded by asking the “trustee and the custodian bank to suspend all processes underway for the payment”.


The authority also proposed the appointment of a new trustee to handle the matter, they said.

“Our PF scheme effectively came to an end at the revocation of the GN licence. The beneficiaries cannot make any more contributions, since they are out of job.

“We trust that this matter will be resolved expeditiously to save the lives and livelihoods of the vulnerable beneficiaries,” the group added.