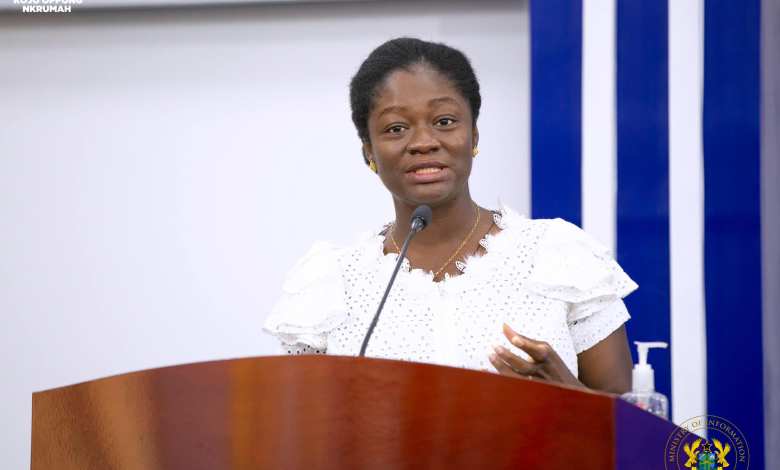 The CEO of the Ghana Enterprises Agency (GEA) ― formerly National Board for Small Scale Industries (NBSSI) – Kosi Yankey-Ayeh has called on the youth to make good use of the government’s newly introduced YouStart programme.

The YouStart programme was announced in the 2022 Budget Statement and Economic Policy to support young entrepreneurs gain access to capital, market and technology to enable them start, build and grow their own business.


It is aimed at creating one million jobs over the next three years. YouStart programme will be implemented with a GHC 10 billion government funding.

Become your own boss
Speaking at the second edition of #PatrioticSpaces on Twitter, Yankey-Ayeh said the government is committed to empower the youth to “become their own bosses”.

“The government thinks people should become their own bosses and so because of that it is introducing the YouStart programme,” Yankey-Ayeh said. “So, the youth should apply for that or some of our other funds that are coming in through the World Bank project.”

The GEA head said the youth must weigh the advantages and disadvantages of the various financial products on the market in order to make an informed decision when seeking for loans.

“We want to build an entrepreneurial nation… what we desire is that businesses must access the right type of funding so they can build their businesses,” Yankey-Ayeh told the over 2,900 participants on the Twitter spaces.

She added: “We really believe that the opportunities are there. Reach out to us. Apply for our progrommes and I keep saying that sometimes it’s not all about money, but we can also provide the technical support.”

#PatrioticSpaces takes place every Wednesday at 8pm on Twitter.

The Ghana Enterprises Agency (GEA) ― formerly National Board for Small Scale Industries (NBSSI) – is under the Ministry of Trade and Industry (MoTI). It is mandated to strengthen and grow micro, small and medium enterprises (MSMEs) in Ghana.