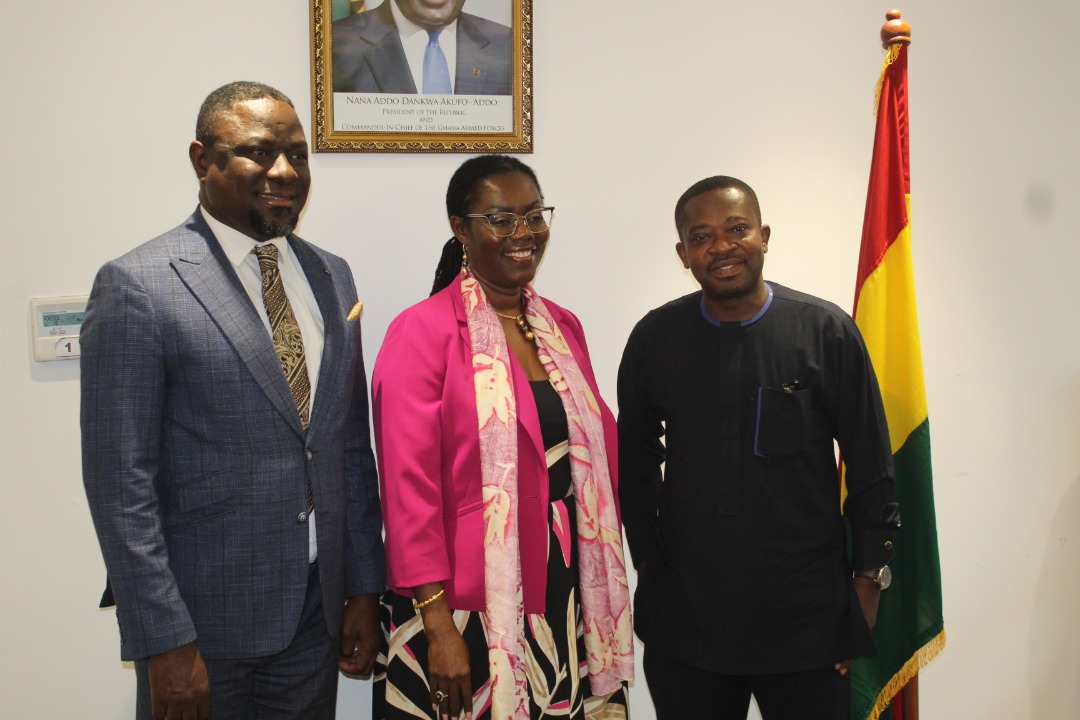 Towards that, the minister said the government had taken a solid decision to leverage local expertise to build the country’s digital infrastructure.


“Many of the key projects initiated by the government in the since 2017 like the SIM registration exercise and digital address system are either done by local expertise or a consortium of local and foreign expertise,” the minister said this when a delegation from the Association of Ghana Industries (AGI) last Monday (August 1) paid a working visit to MoCD.

As part of the move to deepen the collaboration, the AGI delegation led by its President, Dr Humphrey Ayim-Darke engaged the sector minister and her team on ways to use technology to promote local content and stimulate industrial growth.


The meeting also discussed ways the two parties can partner for the country to maximise gains from the African Continental Free Trade Area (AfCFTA) as well as to collaborate to nurture the youth on technology.

Mrs Owusu-Ekuful said the engagement was very timely because there were ways the two parties could collaborate for mutual benefits.

“I think this engagement is very timely because there are a lot of synergies in the activities of the ministry that can facilitate the growth of industries,” she said.

She stated that the current government believes that it could use its purchasing power to grow some strategic sectors of the Ghanaian economy.

Dr Ayim-Darke in his initial remarks, commended the ministry and the government for the drive to digitalise the country’s economy, and said the AGI intended to build a long-lasting partnership with MoCD.

He said already the AGI and its members were taking advantage of the digitalisation drive to aid agriculture production such as cocoa and other crops.

As a result, he said the AGI was ready to engage the ministry and other stakeholders in ways that could promote local content for indigenous businesses.


“Minister the digitalisation agenda being promoted by the government and MoCD sink deep into our strategies as industries. We have started using digitalisation to assist in distribution of food products.

“We are excited about your collaboration with the Vice President’s office in deepening the digitisation agenda,” he said.


society and a smart economy through the use of information communication technology.

“Efficiency is also key, because if we are not able to produce at competitive price and the quality is also not good, we cannot export but the major factor to resolve this challenge is technology,” he said.