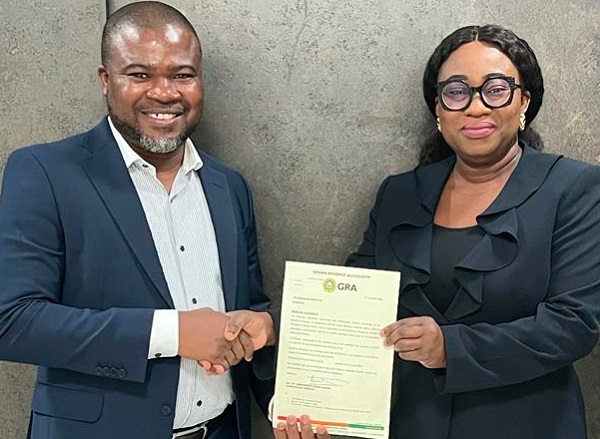 The Commissioner-General of the Ghana Revenue Authority (GRA) has congratulated Petrosol Ghana Ltd, a privately-owned indigenous oil marketing company (OMC), for its tax compliance efforts.
A letter by Rev. Dr Ammishaddai Owusu-Amoah, the Commissioner-General of the GRA, and addressed to the Managing Director of Petrosol indicated that the Revenue Assurance, Compliance and Enforcement committee of the Ministry of Finance, in collaboration with the GRA, the National Petroleum Authority and the Association of Oil Marketing Companies conducted a reconciliation exercise to confirm petroleum taxes paid by oil marketing companies between January 2015 and July 2020.

After the exercise, the letter indicated, the GRA could certify that Petrosol was not indebted to the GRA in respect of petroleum taxes and levies as it had paid all the taxes and levies amounting to about GH¢476 million.


The Commissioner-General expressed his satisfaction by urging Petrosol “to continue to play your roles as corporate citizens.

Accept our congratulations on your compliance”.

The Managing Director of Petrosol, Michael Bozumbil, expressed delight about the letter, indicating that it would serve as a morale booster for the company to continue on the path of ethical practices.


He said notwithstanding the challenges in the industry and the economy as a whole, the company had resolved to continue to do what was right so as to contribute to government revenue and economic development.

He expressed the hope that the state and its agencies would also support Petrosol to grow and do more for the state.
Petrosol is a triple-ISO certified oil marketing company that has won several awards for its commitment to industry best practices and ethical conduct.

It operates several fuel stations across the country, and supplies bulk consumers of petroleum products.