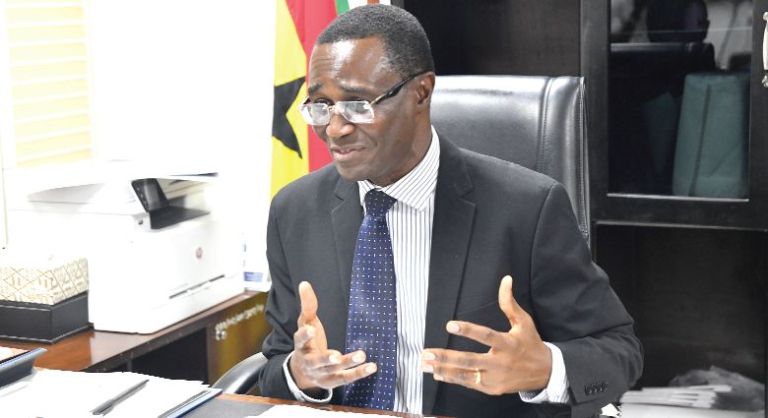 The Ghana Revenue Authority (GRA) has mobilised about GHC7, 457.97 million as against a target of GHC 7,128.61 million for September this year.

“Tax revenue performance for September 2022 was GHC 7,457.97 million as against a target of GHC7,128.61 million. This clearly shows a positive deviation of 4.6%. This figure represents 29.8% of our year-to-date performance.” the GRA tweeted.

Tax revenue performance for September, 2022 was GHS7,457.97M as against a target of GHS7,128.61M. This clearly shows a positive deviation of 4.6%. This figure represents 29.8% of our year-to-date performance. #RevenuePerformance2022 #OurTaxesOurFuture pic.twitter.com/8CjGDxlk21

Officials have relaxed in blocking revenue loopholes
Meanwhile, the former deputy attorney general Joseph Dindiok Kpemka has expressed anxiety over the seeming lack of effort by duty-bearers to plug revenue loopholes in Ghana.

Talking to Kwaku Agyeman-Budu on Saturday (30 July) on Asaase 99.5 Accra’s news analysis and current affairs programme The Forum, Kpemka said some duty-bearers are benefiting from the current situation, and so they are relaxed about working to ensure that money goes into the right pockets.

“The revenue leakage in this country is terribly bad,” Kpemka said. “There are situations in this country where, in some circumstances, we should have been taking US$100 million, but we only end up collecting US$2 million, and the rest goes into private pockets.
Action time
“I made effort to reach a certain high-level official, but I never got access. I was blocked. Some of them even saw me as a joke,” Kpemka said.

“We know the loopholes, but it appears we’re relaxed. We’re not taking enough actions to block them. Per what I’ve seen on paper, we have what it takes to raise the needed revenue to run this country,” he said.