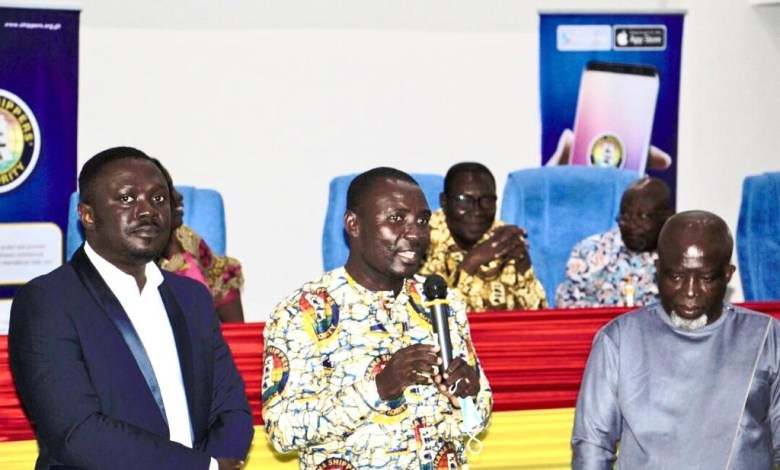 The Greater Accra Regional Shipper Committee (GARSC) has elected new executives to steer the affairs of shippers in the region for the next two years.

The election of the new executives which was facilitated by the Ghana Shippers’ Authority (GSA) was held at the Shippers’ House in Accra on 22 June 2022.

More than a 100 delegates of the GARSC gathered to cast their votes.

At the end of the polls, Samuel Addy emerged the new chairman, Amanda Gadzekpo was elected as vice chairperson and George Dumenu picked the secretary position. Prince Kwakye emerged treasurer.

The chief executive officer of the GSA Benonita Bismarck presented plaques to the out-going executives led by Barima Dr. Nana Ofori Ameyaw I for the good work done during his tenure as Chairman of the Committee.

Head of Shipper Services at the GSA, Monica Josiah swore the newly elected executives into office and urged them to keep up the high standards set by their predecessors.

In a remark, the newly elected Chairman of the GARSC Samuel Addy pledged to operate an “open-door” policy as a way of getting all members on board to provide favourable conditions which would protect and promote the interest of shippers in the region.

Meanwhile members of the GARSC were also sensitized on the Benchmark Value Reversal Policy and the Africa Continental Free Trade Agreement (AfCFTA) as part of the GSA’s nationwide education and sensitization drive.

A Principal Officer of the Customs Division of the Ghana Revenue Authority, (GRA), Jonathan Debrah, used the occasion to educate participants on the ECOWAS Common External Tariff, Tariff Bands, and how they are incorporated into the guidelines for the implementation of the Reduction of the Benchmark Values among others.